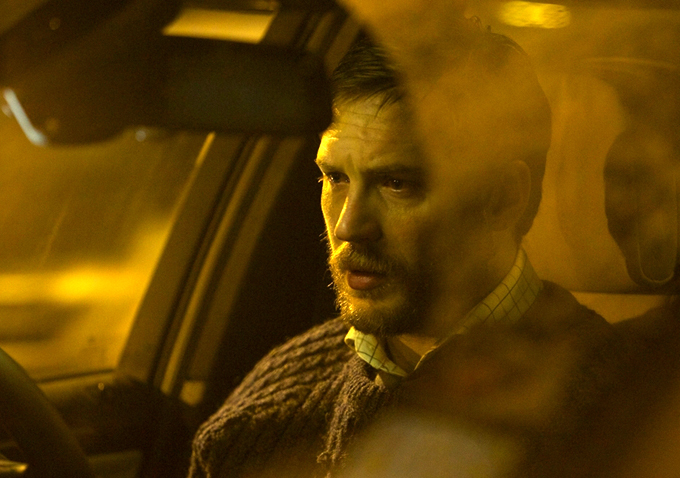 Can you make an entertaining film out of a story set entirely in a car and composed of one character making a series of phone calls?  That’s the creative challenge posed by “Locke,” the second feature film by British writer-director Steven Knight.

The answer to this question is a resounding yes. But how do you pull this off? For starters, you cast Tom Hardy in the lead role and place other enormously talented British actors as the voices on the other end of the line.

With a mesmerizing lead performance by Hardy, a poignant script that oscillates between tragedy and comedy, and stellar cinematography that transforms Hardy’s BMW and the surrounding England motorways into a hypnotic dreamscape, “Locke” is an immersive, one-of-a-kind experience.

Hardy plays Ivan Locke, the foreman of a construction site who is overseeing the groundwork for an enormous building in Birmingham, England. Ivan is typically the consummate professional and family man, but on the evening in which the film is set, his life is in a tailspin. The film begins as Ivan leaves the site after a long day on the job. However, his work is far from over. Foundational concrete is scheduled to be laid the following morning, and given the scope of the project, Ivan is still struggling to piece together the highest grade of material from various locations. Beyond this setback, there are also permits that need to be authorized, dump trucks that need to be properly licensed, and road stoppages that need to be confirmed – all before 5:30 am the next morning. If even one thing goes wrong in the project’s preparation, it will all come crumbling down and the company will suffer an astronomical loss. 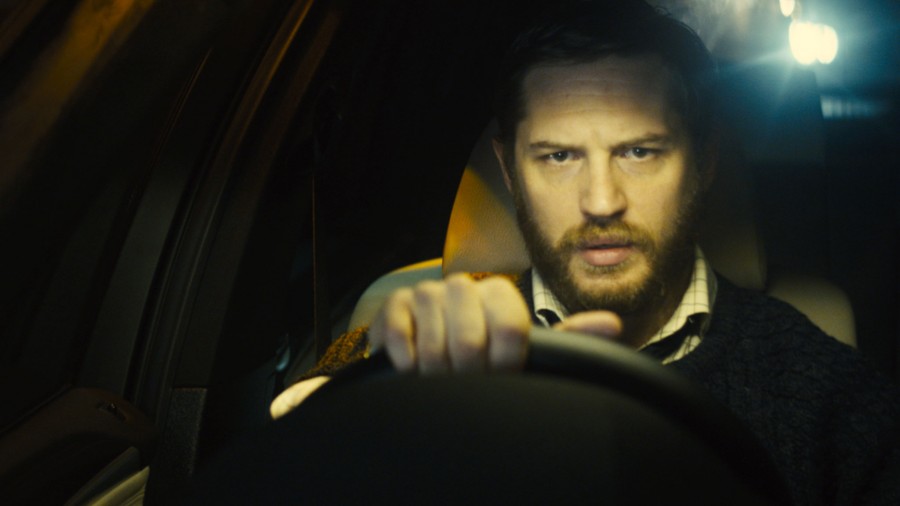 On top of these work troubles, there are some life-altering issues to deal with in Ivan’s personal life. Rather than enjoying a peaceful night watching the soccer game at home in the company of his wife, Katrina (Ruth Wilson), and two sons (Tom Holland and Bill Milner), Ivan has an unexpected dilemma that needs to be attended to. Seven months prior, he had a momentary lapse in faithfulness with an assistant, Bethan (Olivia Colman), he was working with on a job site. That one-night stand, Ivan just recently learned, resulted in a pregnancy, and Bethan’s water broke two months early. Since she has no friends or family, Ivan has decided to brush aside his many other responsibilities in favor of holding her hand in the delivery room. As Ivan makes the long haul from Birmingham to London, he has to break the news of his betrayal to his wife, placate his children for missing the soccer game, quell Bethan’s fears about potential delivery complications, and of course deal with the construction site setbacks. In the span of a single car ride, Ivan’s entire life is transformed forever. That’s the draw of this film: we watch, essentially in real time, as Ivan’s life disintegrates before him.

Working with cinematographer, Haris Zambarloukos (“Thor”), Knight succeeds in maximizing the confined space, only occasionally cutting to exterior shots of the freeway and cars passing in the night. One would imagine that a film set entirely in a car would have to lose some steam after awhile, but Knight’s script masterfully handles a series of chaotic predicaments in a way that feels entirely natural to the story at hand. A successful screenwriter before helming his own script for the underrated 2012 Jason Statham starrer, “Redemption,” Knight has proven with “Locke” that he’s coming into his own in the director’s chair. Compliments should also be given to the perfectly paced editing by Justine Wright (“The Iron Lady”) and the somber score by Dickon Hinchliffe (“Out Of The Furnace”), which nicely compliments Ivan’s moral quandary. 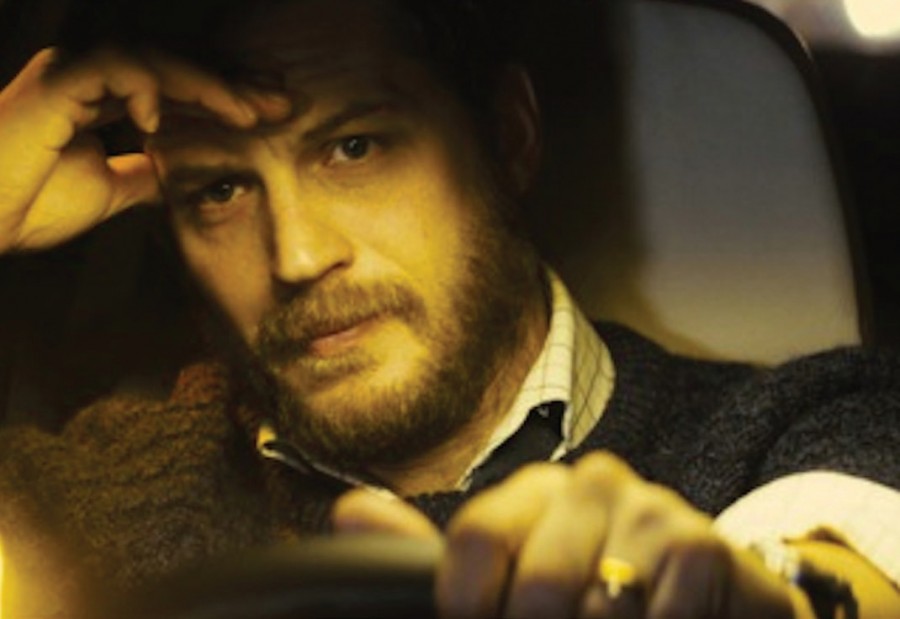 Knight’s skill behind the camera is most evident in the riveting performance he wrings from Tom Hardy, who is hands-down one of the best actors working in motion pictures today.  Best known as Bane as “The Dark Knight Rises” and Eames in “Inception,” Hardy has been honing his craft and putting in solid performances for over a decade; but it wasn’t until I saw him in Nicolas Winding Refn’s 2008 film, “Bronson,” that I realized he was an undeniable star on the rise.  A dedicated actor known for physically transforming his body to escape into his roles, Hardy relies on zero gimmicks in the role of Ivan Locke. Using stoic body language, a demeanor that contradicts the chaotic situation he’s put himself in, and his infinitely expressive eyes, Hardy is able to hold the viewer’s undivided attention throughout the entire running time. His increasingly worried face is in stark contrast with his polite, even-keeled Welsh delivery, and part of what keeps the audience’s attention is waiting for his character to implode. Beyond Hardy’s performance, Knight does an amazing job creating fully fleshed out characters from the disembodied voices on the other end of the phone. Even though we never see these characters, by the end of the film, we feel like we know them intimately.

Audiences will undoubtedly be split by the film’s denouement, as it remains somewhat open-ended with respect to Ivan’s future. Even still, “Locke” crams more action, drama and humor into the confines of a single car than most big-budget globetrotting action films can muster.

Film
Movie Review: "The Other Woman" Is All In Good Fun