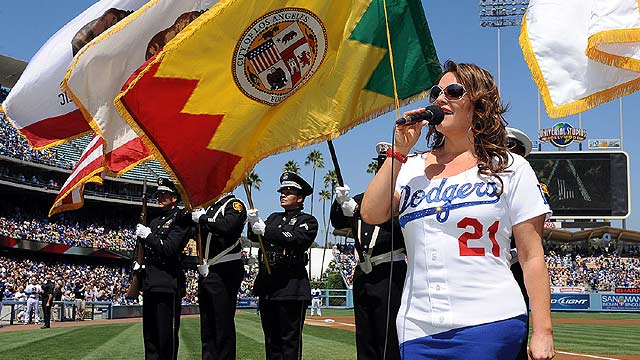 Viva Los Dodgers presented by Chevrolet, State Farm and Time Warner Cable, now in its fifth season, will start this Sunday, April 6 at 3:00 p.m. prior to the 5:00 p.m. game against the San Francisco Giants. All Dodger fans are welcome and the event is free with a ticket to the day's game. Viva Los Dodgers on Sunday is part of the Opening Weekend presented by Bank of America, a weekend-long celebration that begins Friday and will officially launch the 2014 season of Viva Los Dodgers.

The Dodgers will welcome back former Dodger outfielder Raul Mondesi as part of Dominican Heritage at Viva Los Dodgers this Sunday. Mondesi, current mayor of San Cristobal, Dominican Republic, will be holding a clothing drive to benefit his hometown of San Cristobal. He will accept donations of gently-worn clothing and will sign autographs for fans. Fans that bring a donation will be placed in a priority line for autographs. Viva Los Dodgers autograph sessions are open to all fans with the day's game ticket. Dodger coach and SportsNet LA Spanish-language broadcaster Manny Mota will make an appearance and sign autographs for fans as part of Dominican Heritage Day. Other special appearances are also planned. Mondesi will also throw the ceremonial first pitch prior to Sunday's game.

Television
FX Orders A Third Season For "The Americans"

Sports
Inside The Dodgers: "Connected With Kenley Jansen" Airs On SportsNet LA