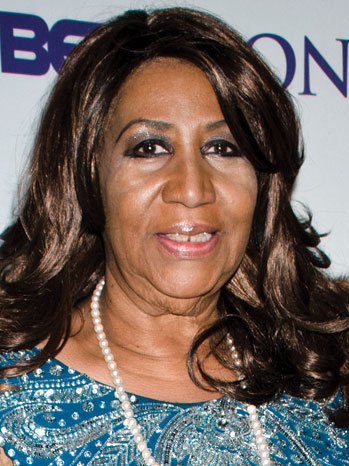 Happy Birthday Aretha Franklin: Denzel Washington stopped by to pay homage to the “Queen of Soul” as she celebrated her 72nd birthday in style. Meanwhile, Andre3000 and Babyface are working on new music for the icon. Franklin held an exclusive and small party Saturday in New York for her birthday, which is Tuesday. Washington entered the Ritz-Carlton Hotel quietly, though the crowd got excited after realizing it was the Oscar-winner under a baseball cap. Franklin thanked the actor for attending. Just hours earlier, she saw him onstage in the Broadway play “A Raisin in the Sun.” Her longtime musical collaborator, CliveDavis, also attended. The singer was all smiles at the event. She said in an interview that she’s working on new music with rapper Andre 3000 and singer-songwriter Babyface. “Babyface is working on the tracks,” she said.

He’s also guest starring with ToniBraxton in the Broadway musical “After Midnight,” which celebrates DukeEllington’s years at the Cotton Club nightclub in Harlem. Their stints in the show run through March 30. “So, I’m just waiting for him to finish that so he can finish my tracks please,” Franklin said. “And I think Andre 2000 — is it two or three? 3000 is going to be doing some of the tracks with him.” When asked what she wants for her birthday, Franklin said. “I’m looking for a record deal for my granddaughter Victorie and my son Kecalf.” They both performed recently at the BET Honors special, which paid tribute to Franklin. “I would be happy with that,” she said. Earlier this month, Franklin performed at the White House alongside Patti LaBelle, Jill Scott and other soul singers. “What a shoutin’ good time we had,” she exclaimed. “The White House is still rocking right now!”

Music
First Looks At Writer-Director John Ridley's "All Is By My Side," The Jimi Hendrix Biopic Starring Outkast's Andre 3000