Movie Review: Schwarzennegger Is Back On Top In "Sabotage" 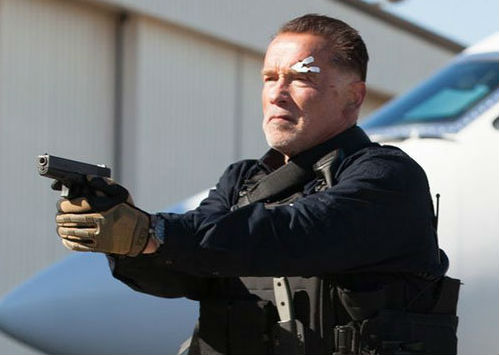 It’s been three years since Arnold Schwarzenegger left the California governor’s office to transition back to his Hollywood career, and since then the results have been spotty. His cameos in “The Expendables” franchise were little more than a send-up of his onscreen persona and his starring roles in “The Last Stand” and “Escape Plan” yielded mostly yawns and indifference. Those last two films were poorly chosen endeavors and seemed to reflect the aging actor’s desperation to reclaim his action movie stardom.

However, as someone who was raised on a steady diet of Schwarzenegger vehicles, I’m happy to report that he has returned to prime form in “Sabotage,” an action thriller written and directed by David Ayer (“End of Watch”).

In “Sabotage,” Schwarzenegger plays John Breacher, the leader of an elite DEA task force responsible for taking out the world’s deadliest drug cartels. 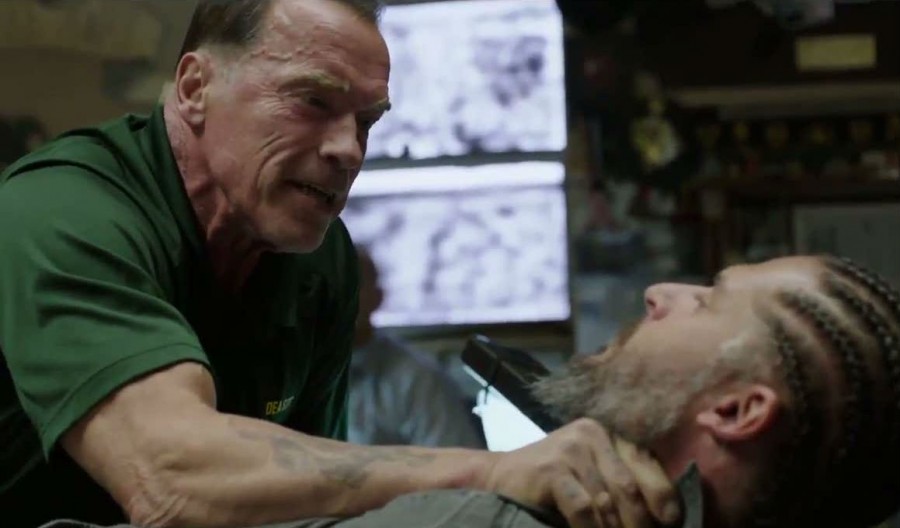 His team consists of such household names as Monster (Sam Worthington), Pyro (Max Martini), Neck (Josh Holloway), Grinder (Joe Manganiello), Sugar (Terrence Howard), Tripod (Kevin Vance), Smoke (Mark Schlegel) and Lizzy (Mereille Enos). When the story begins, the team is executing a high-stakes raid on a cartel safe house.  Considering the higher-ups at the DEA are surveilling the raid, it appears to be a legitimate operation; but when the team wastes every bad guy in sight, skims ten million off the pile of money they find and burns the rest, we realize their actions aren’t completely above board. To add to the shady dealings, when they go to collect the stolen money from the sewer stash spot beneath the safe house, it’s nowhere to be found.

Six months and an internal investigation later, the team is cleared of any wrongdoing and reassembles to continue business as usual. Following a training montage of the team getting back in fighting form and a subsequent trip to the strip club, one team member is mysteriously murdered. 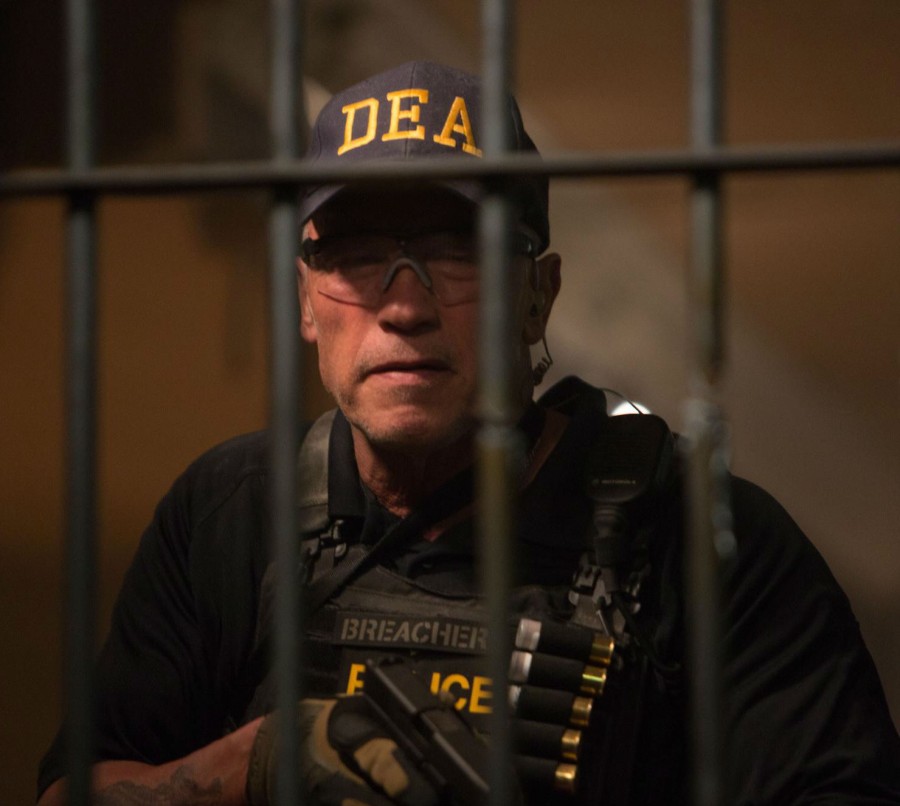 Then another. And another. It seems likely that the culprits are cartel members seeking retribution for the earlier raid, but considering how many cartels they’ve dismantled over the years, not to mention the questionable morals of the DEA agents and their bosses, anyone could be responsible. Along the way, two detectives (Olivia Williams and Harold Perrineau) try to crack the case of the murdered DEA agents, but face many obstacles due to the culture of silence that reigns at the DEA. It becomes a revenge tale wrapped in a mystery where everyone is suspected of wrongdoing and no one is safe.  Who is responsible for the killings? Was it an inside job?  And where is the ten million? As the body count increases, so does the paranoia of everyone involved.

Perhaps best known as the screenwriter of the 2001 crime drama, “Training Day,” David Ayer can also count “S.W.A.T.” and “Dark Blue” among his writing credits.  He specializes in gritty crime dramas often centered on corrupt police officers and realistic depictions of urban street life.  As a writer-director, there were shades of brilliance from his very first feature, “Harsh Times,” about a PTSD-ridden Army Ranger struggling to adapt to civilian life following a tour in Afghanistan; and he received the best reviews of his career for 2012’s verite-style cop drama, “End of Watch.” In “Sabotage,” he employs a similar first-person cinematography technique to great effect, placing viewers right in the thick of the action. 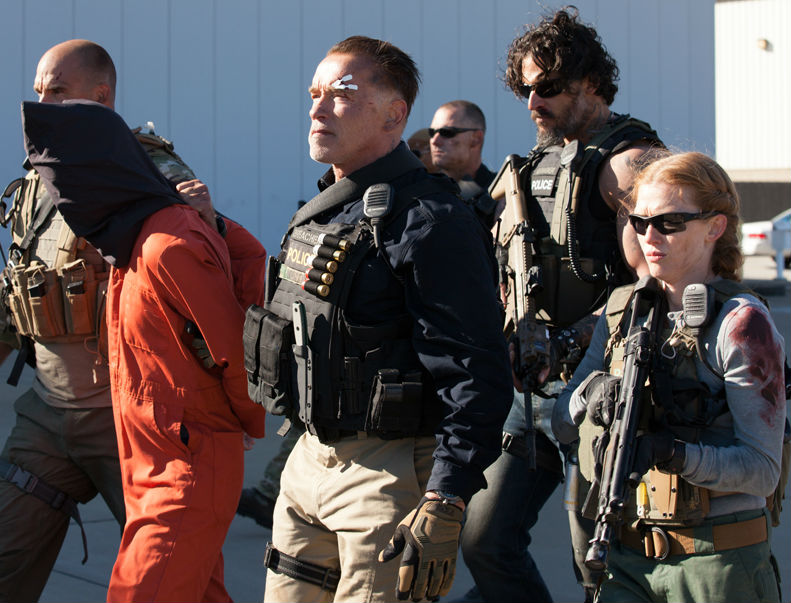 The fight sequences are disorienting and exhilarating, and much like the macho cop banter and training sequences, carry a palpable air of realism.  Now that Ayer has clearly found his footing as a director while working within genre territory, it will be interesting to see how he fares with “Fury,” a WWII drama starring Brad Pitt to be released this fall.

Although the supporting characters are underwritten and the storyline is plagued by a convoluted second act that has too many double dealings to keep track of, “Sabotage” is a visceral thrill ride that excels in the areas that action genre enthusiasts are concerned about: macho dudes and tough chicks engaging in profanity-laced banter, well-choreographed gun fights, a storyline that keeps the action and intrigue pumping at full steam, and oh yeah, a surplus of strippers. It’s the kind of story that begs to be taken at surface value and it is strongly suggested that you do just that: accept it for what it is, allow yourself to get swept up in the testosterone-fueled atmosphere and enjoy the ride. A couple adrenaline-rich moments had me so jacked up I damn near jumped out of my seat and started screaming, “Get ‘em, Arnie!” at the screen. Now if that isn’t proof positive of a Schwarzenegger film firing on all cylinders, then I don’t know what is.

Arnold Schwarzenegger will not be knocking Daniel Day Lewis off his pedestal as the greatest living actor any time soon, but he can pummel bad guys and drop one-liners with the best of them. And, to his credit, he doesn’t shy away from the dark and relatively unchartered territory that this role provides him with. Kudos also to the supporting cast who breathe authenticity into this manly world of one-upmanship, particularly Sam Worthington, Joe Manganiello, and tough girl Mireille Enos. But it’s Arnold’s show. And with this in mind, I’d like to extend to The Governator an open-armed welcome back to the silver screen.

Film
Movie Review: "The Other Woman" Is All In Good Fun