Thousands Brave The California Cold For The 126th Rose Parade 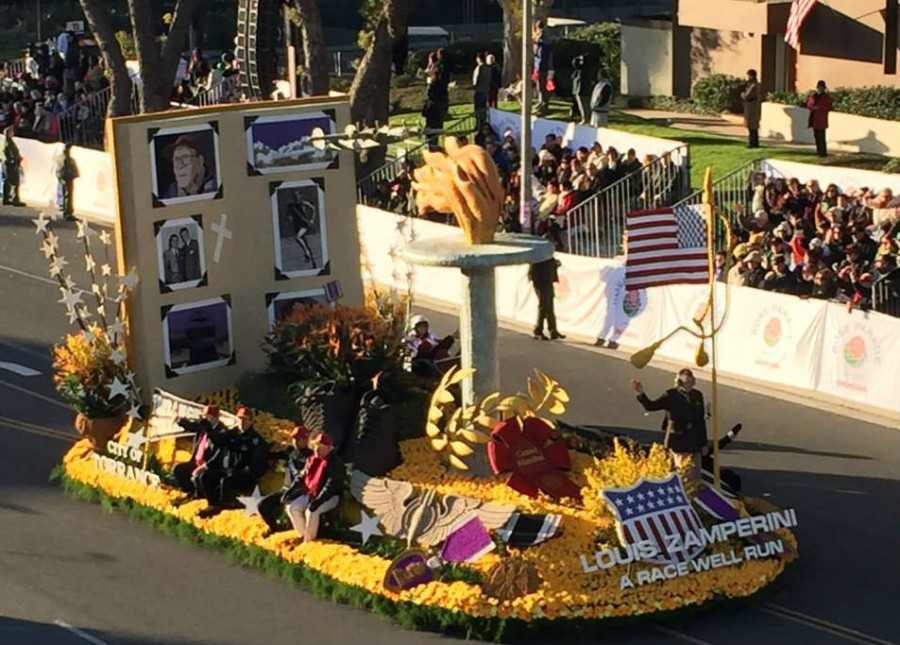 The 2015 Rose Parade Grand Marshal, the late Louis Zamperini, was the embodiment of an inspiring story. An Olympian and World War II prisoner of war, Zamperini was a symbol of heroism and perseverance. Zamperini’s family was honored during the parade.

This year’s parade theme, “Inspiring Stories,” encouraged everyone to celebrate the many people who elevate the human spirit, and the #RoseParade #Inspiring Stories social media campaign served as a platform for people to share their inspiring stories at www.roseparadeinspire.com.The City of Torrance, Fiesta Parade Floats won Excellence In Presenting Parade Theme for their "A Race Well Run" float.

FYI
The Pope At The Movies: Vatican Screens "Unbroken"