Showtime Anytime Now On Xbox One 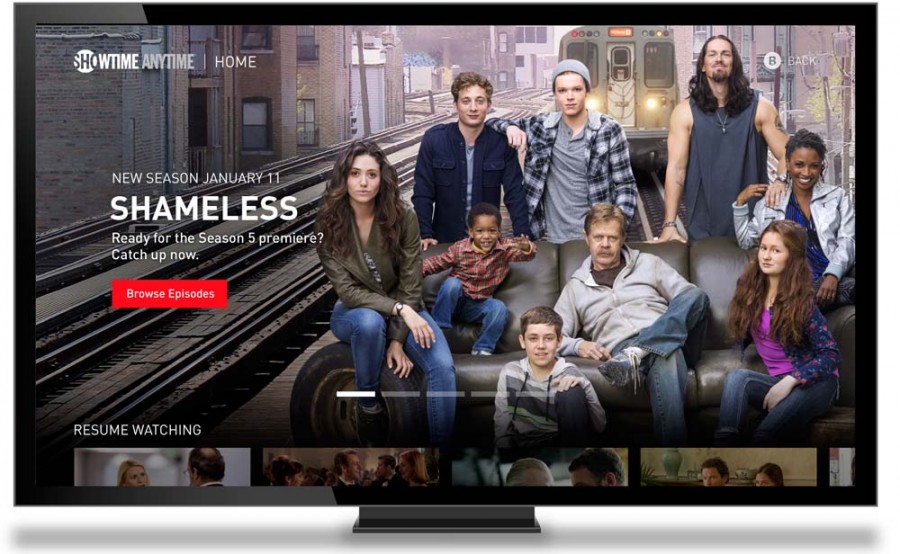 Showtime Networks announced the launch of SHOWTIME ANYTIME on the Xbox One game console from Microsoft.

Access to SHOWTIME ANYTIME on Xbox One is available for free to all Xbox Live® members in the U.S. who subscribe to SHOWTIME through participating television providers, giving them unlimited on demand access to hundreds of hours of programming, as well as the live broadcast of the network's East and West Coast feeds.

With its Xbox One app, SHOWTIME is introducing a new user interface for SHOWTIME ANYTIME on the television, making it effortless for subscribers to marathon view series or resume programs where they left off. Additionally, Xbox One users can select their favorite SHOWTIME series, movies or boxing matches and “pin” them to their Xbox One Home screen. This announcement comes after the launch of SHOWTIME ANYTIME on Xbox 360® earlier this year.

SHOWTIME ANYTIME on Xbox One supports voice and gesture controls using Kinect® for Xbox One, enabling users to browse and watch their favorite SHOWTIME programming without the use of a controller or remote. All Xbox Live members will also have the ability to preview the SHOWTIME ANYTIME service and watch select episodes of SHOWTIME series for free on the console.

SHOWTIME ANYTIME users can now watch current and past seasons of the network’s award-winning original series including HOMELAND, THE AFFAIR, SHAMELESS, RAY DONOVAN, MASTERS OF SEX, PENNY DREADFUL, HOUSE OF LIES, CALIFORNICATION, DEXTER®, WEB THERAPY, EPISODES and NURSE JACKIE, along with box office hits, hard-hitting sports, documentaries and specials. SHOWTIME ANYTIME brings its full slate of special features to Xbox users, including resuming programs previously watched on their computers, mobile or other streaming media devices, and the “My List” feature, where users can access all of their saved programs.