On DVD: "Kill The Messenger" This January 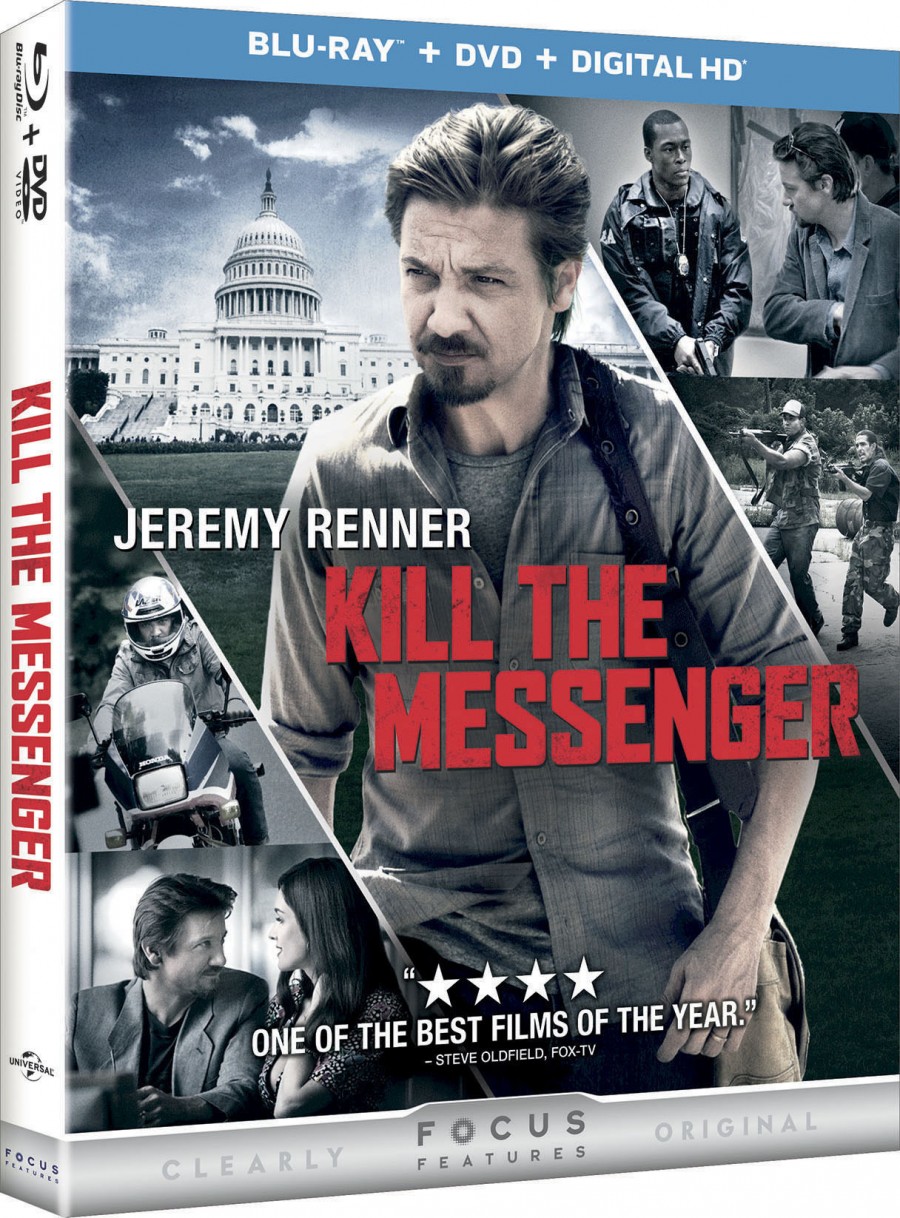 Pre-order as a holiday gift for the Jeremy Renner fans. A gutsy investigative journalist pursues the story of a lifetime in Focus Features' Kill the Messenger, a powerful dramatic thriller based on a remarkable true story, coming to Blu-ray™ Combo Pack including Blu-ray™, DVD & Digital HD with UltraViolet™ as well as DVD and On Demand on February 10, 2015, from Universal Pictures Home Entertainment.

Kill the Messenger is based on the true story of Pulitzer Prize-winning journalist Gary Webb (portrayed by Jeremy Renner). In the 1990s, this dedicated reporter's quest for the truth took him from the prisons of California to the villages of Nicaragua to the corridors of power in Washington, D.C. – and his investigative reporting drew the kind of attention that threatened not just his career, but his family and his life. Webb himself becomes the story and a target, as jealous rival reporters who missed the story move to discredit his work and reputation in an increasingly vicious smear campaign. His wife Sue (Rosemarie DeWitt) tries to stand by him even as, despite warnings from drug kingpins and menacing surveillance intended to deter his investigation, Webb keeps digging to prove a direct link between cocaine smugglers and the CIA, a conspiracy with explosive implications.

The Blu-ray™ Combo Pack includes a Blu-ray™, DVD and DIGITAL HD with UltraViolet™.

Film
Marvel's "Guardians Of The Galaxy" On Digital HD