Movie Review: The Cards Are Stacked Against "The Gambler" 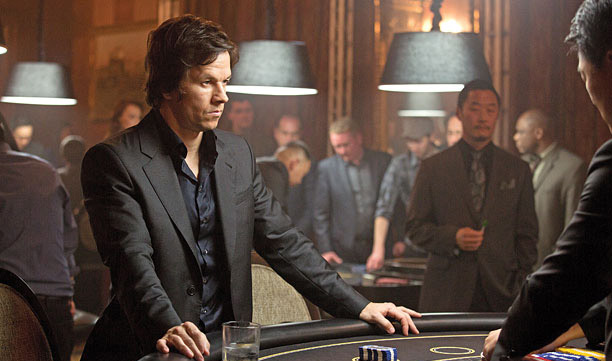 Collaborating once again with “The Departed” screenwriter WilliamMonaghan in a film directed by Rupert Wyatt (“Rise of the Planet of the Apes”), Wahlberg is ill-suited for the anti-hero role that James Caan made famous forty years ago in the James Toback-scripted original. Casting against type is always a gamble, and here it doesn’t pay off, as Wahlberg is both unconvincing as an academic and defiantly unlikeable in this sometimes engaging but highly derivative retread. Monaghan’s smart but self-indulgent script nicely blends the poetic with the profane, and the ticking clock device adds a layer of suspense, but as a whole the film can’t overcome its superficial vibe or the fact that its protagonist is such an unsympathetic character.

Relocating the original setting from New York to Los Angeles, “The Gambler” begins with the perpetually cynical Jim Bennett (Mark Wahlberg) strolling into an underground casino in the Hollywood Hills with money to burn. Ten grand to be exact, and before you can say, “double down,” he’s up eighty. But as any high stakes bettor knows, you’re always only one hand away from going belly up, and in no time Jim loses it all and works up an additional two hundred forty thousand dollar debt to the casino boss (Alvin Ing). With another fifty grand owed to a ruthless loan shark named Neville (Michael Kenneth Williams) and only a week to pay, Jim finds himself in quite the predicament. 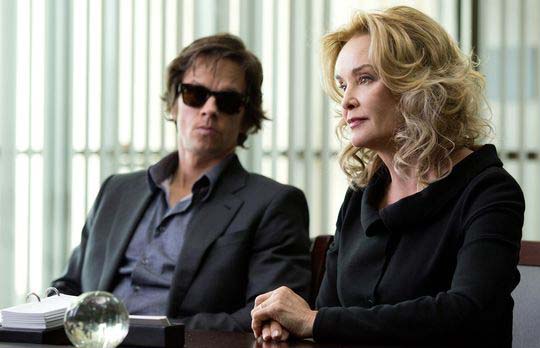 Meanwhile, by day, Jim is an associate English professor, using modern literature as a means to spreading his pessimistic outlook to his students, most of whom, he tells them, will lead mediocre lives. Of course, there are always exceptions, such as Amy (Brie Larson), Jim’s brilliant student and eventual love interest, who empathizes with her professor’s existential crisis.

After Jim turns to his estranged mother (Jessica Lange) for the loan and proceeds to blow it in spectacular fashion at a casino, he’s left in the compromising position of having to borrow money from Frank (John Goodman), an imposing underworld figure. But all this does is shift Jim’s debt from one dangerous criminal to another, forcing him to cook up a creative solution to avoiding a violent end. As the story unwinds, Jim uses his budding relationship with Amy as motivation to change his self-destructive ways and start life anew.

As one would expect from the title, the highlight of director Rupert Wyatt’s remake are the gambling scenes, which at their best capture that delirious mixture of exhilaration and fear – what James Caan called “the juice” in the original – which compulsive gamblers are after. However, for each of these gripping moments, there’s a dull and predictable counterpart. Not helping matters are Wahlberg’s overwrought monologues expounding on the meaninglessness of life, the vast majority of which simply ring hollow. As Monaghan demonstrated with his Oscar-winning screenplay for “The Departed,” he certainly has a flair for dialogue. Here, though, he asks Wahlberg to perform an overwhelming amount of linguistic acrobatics, never giving him enough room to live in the moment of any given scene. 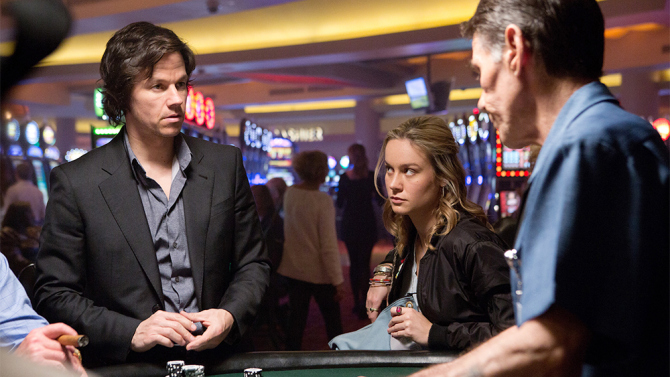 Although Wahlberg’s world-weariness grows tiresome, the film is aided enormously by the supporting cast, most notably Brie Larson (“Short Term 12,” “21 Jump Street”), who couldn’t give an unnatural performance with a gun to her head. As the Buddha-like mobster who wants to see Jim go straight, John Goodman makes Monaghan’s words sing, gobbling up the opportunity to play this obscenity-spewing father figure. Michael Kenneth Williams injects his streetwise loan shark with that combination of charm and menace that made him such a fan favorite on “The Wire” and “Boardwalk Empire.” Jessica Lange also puts in strong work as the matriarch of the dysfunctional Bennett family.

Mark Wahlberg is about as bankable a movie star as they come, but placing him in such an unlikeable role is no sure bet, so it will be interesting to see how this remake fares at the box office.

Rated R for language throughout, and for some sexuality/nudity.