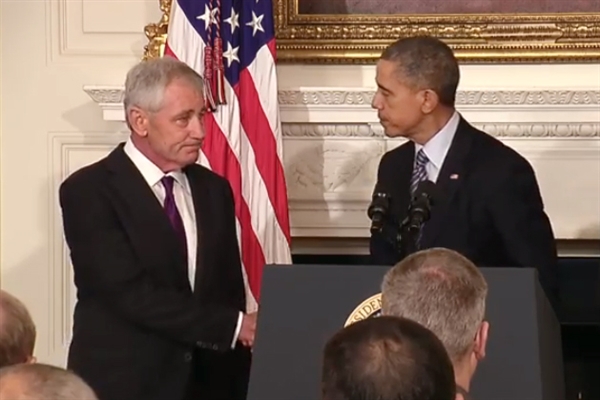 President Obama announced today that Chuck Hagel leave his position as Secretary of Defense. Hagel has agreed to remain in his position until a successor is nominated and confirmed.

“Over nearly two years, Chuck has been an exemplary defense secretary,”Obama said. “When I asked Chuck to serve as secretary of defense, we were entering a significant period of transition.”

Hagel was sworn in as the 24th Secretary of Defense on February 27, 2013 becoming the first enlisted combat veteran to lead the Department of Defense.

“I believe we have set not only this department, the Department of Defense, but the nation on a stronger course toward security, stability and prosperity,” Hagel said.