"The National Dog Show Presented By Purina" Airs On NBC 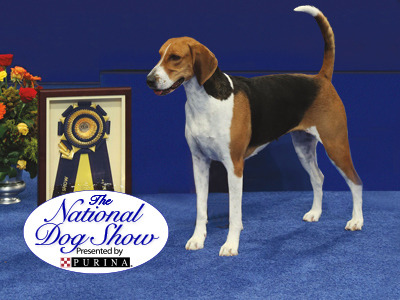 NBC will present the 13th annual edition of its popular holiday special “The National Dog Show Presented by Purina®” on Thanksgiving (noon-2 p.m. in all time zones) following the telecast of NBC’s Macy’s Thanksgiving Day Parade®.

“The National Dog Show Presented by Purina®” celebrates woman and man’s best friend and is hosted by award-winning actor, author and Broadway star John O’Hurley (“Seinfeld,” “Dancing with the Stars”). Expert analysis is offered by David Frei, an American Kennel Club-licensed judge and host of USA Network’s “Westminster Kennel Club Dog Show.” NBC’s Mary Carillo will report from the benching area and inside the show ring.

“Twelve years of doing this holiday special has given my family a wealth of knowledge about God’s great creatures and I am not shy about letting everyone know that The National Dog Show is my favorite day of the year,” O’Hurley offered. "And when I see a dog on any street in America it will always give me a little wink of recognition. It’s become a treasured Thanksgiving Day tradition, nearly as old as my hair."

Included this year are two new AKC-sanctioned breeds, the Wirehaired Vizsla (Sporting) and the Coton De Tulear (Non Sporting), bringing the total recognized breeds to 192. Broadcast and online content will also include the newest member of the 2014 National Dog Show Therapy Ambassador Team — Butler, a male Shepherd mix. Butler currently works as the official therapy dog of the Weather Channel and travels with the newsgathering teams to sites of severe weather destruction.