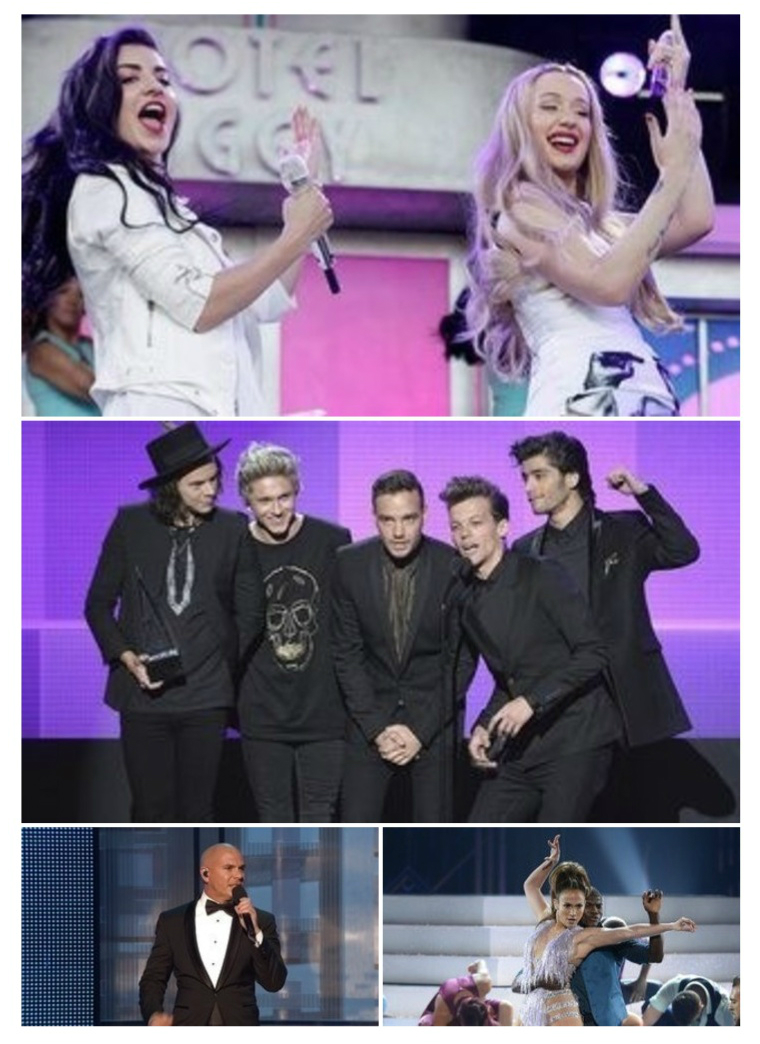 Mr. Worldwide, Mr. 305, the one and only Pitbull returned to the stage to host the 2014 American Music Awards on Sunday night, aired on ABC. Although Taylor Swift's opening performance of "Blank Space" wasn't one to blow the audience away, Pitbull's opening monologue got the show rolling right along. The rapper is surprisingly comical.

"Fancy" singing sensation Charlie XCX punk rocked out with her latest hit "Boom Clap" and "Break The Rules." From prom dress to tight leather, the 22 year-old certainly showed some skin. On the more laid back end, "Magic" sang their Single of the Year nominated hit "Rude" with Wyclef Jean. They may be a boy band, but 5 Seconds To Summer switched out the teen sweetness for their rock style covering The Romantics' "What I Like About You."

As always, Imagine Dragons gave a stellar performance with incredible lights and video projection during "I Bet My Life." Sam Smith got a standing ovation for singing his popular and soulful, "I'm Not The Only One." Charlie XCX came back to the stage to sing "Fancy" with Iggy Azalea. Other highlights from the evening included performances from Ariana Grande, Mary J. Blige, Fergie, Garth Brooks, Selena Gomez and more. Overall, the night moved along swiftly with one number after another. As far as wins go...

New Artist Of The Year: 5 Seconds Of Summer

Favorite Country Album: “Just As I Am,” Brantley Gilbert

Artist Of The Year: One Direction

For more info go to: http://www.theamas.com/