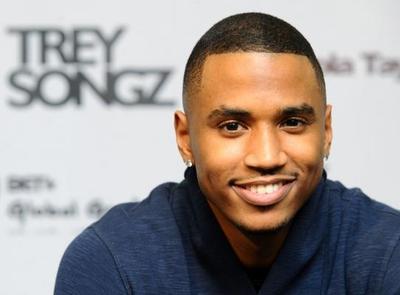 In an exclusive announcement with People Magazine, Superstar entertainer Trey Songz is thrilled to unveil his 30/30 Acts of Kindness initiative to kick off the 4th annual Angels with Heart Month. Songz, who will celebrate his 30th birthday in November, is counting down by doing at least one act of kindness per day and is encouraging his fans to do the same.

Dubbed ‘Trey’s Angels with Heart,’ these fans will help Songz give back by donating their time and effort to their communities, which span the entire globe. Though he has offered some suggestions, Songz hopes that fans and friends will contribute their own ideas to the list based on need, and that the movement will extend well beyond his birthday month.

“For this year’s Angels with Heart Month I really wanted to reflect on the many wonderful blessings and acts of kindness that have come my way throughout my 30 years,” Songz says. “At this point I believe the greatest gift I could receive from anyone is the gift of giving and being able to give. From a welfare baby raised by a single teen mom to where I am today is almost unimaginable, so to celebrate this milestone birthday I would like to simply pay it forward.”

Songz hopes fans and friends will participate in the 30/30 Acts of Kindness initiative by donating clothes to a shelter, visiting with patients at a children’s hospital, volunteering at an animal shelter, sending a package to the troops or sitting with the elderly at a care center, to name just a few of Trey’s ideas. He also plans to enlist organizations dear to his heart and celebrity friends to join him on his 30/30 Acts of Kindness journey.

Over the past ten years, no one has better blended the sounds of hip-hop, R&B and pop better than the Grammy-nominated international superstar Trey Songz. With “TRIGGA”, Trey Songz crafted his most intimate album yet, an honest and courageous set that more than confirms his status as the undisputed master of modern R&B, pop, and soul. Trey’s sixth studio collection, “TRIGGA” followed 2012’s blockbuster “CHAPTER V,” which burst onto the top of the Billboard 200 chart  upon its initial release, fueled by such hit singles like “Heart Attack” and “Simply Amazing.” Though it always comes back to music, it is not his only talent. Trey has also graced the big screen in several films including Texas Chainsaw Massacre 3D and Baggage Claim starring Paula Patton.

Combined, this Virginian powerhouse has sold more than 20 million albums and singles, and yet shows no sign of slowing own. The late Ahmet Ertegun, founder of Atlantic Records, once professed Trey to be “among the most promising R&B artists we have had on Atlantic since we started the company 60 years ago,” and so far he is sticking true to just that.

L. A. Glam
One Direction Launches Makeup Line For Their Fans