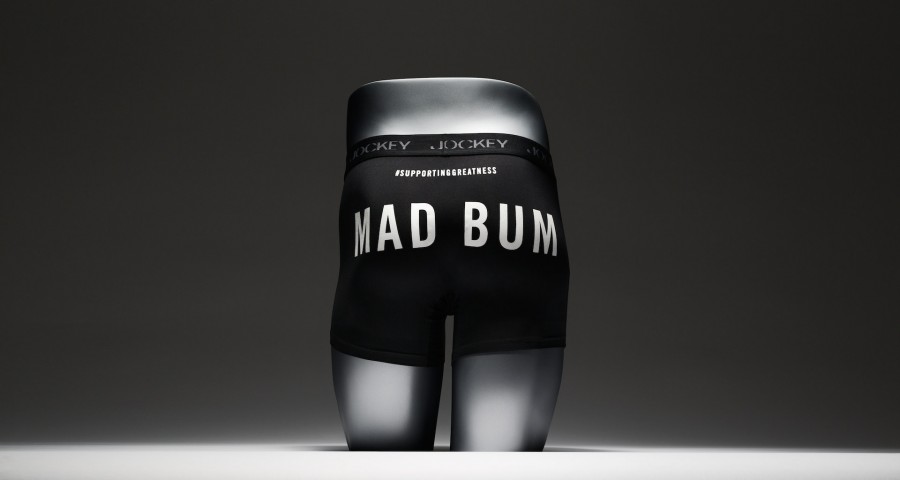 Three championships. One great Bum. In support of Madison Bumgarner's third championship and one of the greatest baseball performances in postseason history, Jockey International, Inc. unveiled Jockey "MadBum" underwear as part of its ongoing Supporting Greatness campaign. The Supporting Greatness campaign – on TV, in print, online, outdoor and through media partners – showcases the greatness of Jockey's quality-crafted products, and the great men who were supported by them. The campaign currently features historical greats Babe Ruth, Buzz Aldrin and George Patton.

"Jockey is an iconic American brand that has supported baseball and the greatness of its players for years," said Madison "MadBum" Bumgarner. "I'm proud to wear Jockey and celebrate this championship with my teammates and the great 'bums' everywhere."

"Jockey's Supporting Greatness campaign recognizes and honors individuals who have achieved greatness," said Dustin Cohn, CMO of Jockey International, Inc. "Madison Bumgarner is one of the all-time postseason greats with a name that's a perfect fit for the Jockey brand.  We're proud he wears Jockey and congratulate him on a 3rd championship."

A limited quantity of "MadBum" underwear will be distributed at celebrations around the city tonight and at the championship parade in San Francisco. For more information on the Supporting Greatness campaign, visit SupportingGreatness.com or join the #SupportingGreatness and #MadBum conversation on Twitter with @Jockey.