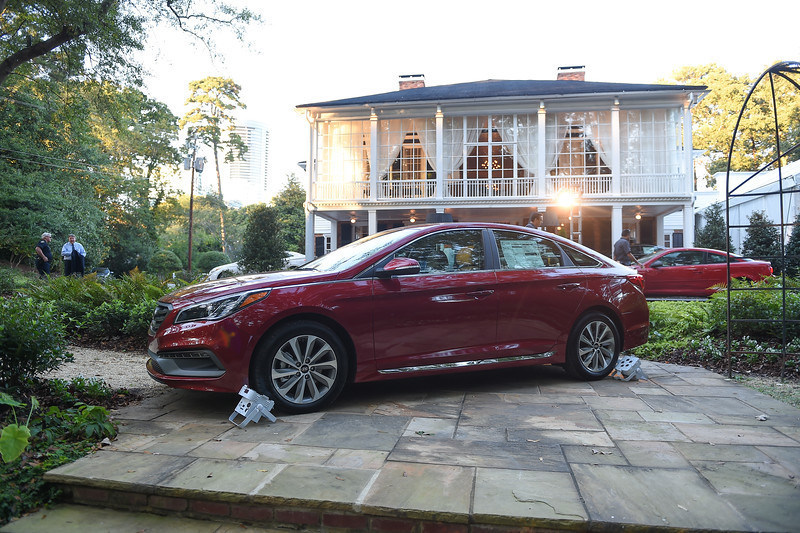 Hyundai launched a new advertising campaign, "Hyundai Smarter," during its #SmarterLiving event at The Estate in Atlanta this week. The new advertising campaign focuses on everyday women and issues of importance to them.  With more than 80 percent of automotive purchase decisionsbeing influenced by women, and the ethnic minority market represents 1 out of 4 new car buyers, this buying segment is important and is discerning about how it spends money, time and resources.

The Atlanta event served as the official launch of the campaign and introduced the newly-designed 2015 Sonata to the all-important women's market.  It also featured a distinct panel of women influencers, including Shantis Das (Founder of Press Reset/Hip Hop Professional), Myleik Teele (Founder of Curlbox), Rashan Ali (Media Personality), Christine White (Lawyer and Tech Investor), and Marshawn Evans (Motivational Speaker), each of whom is included in the Hyundai SmarterLiving web series.  The event was hosted by James Andrews (True Story) and was attended by over 150 of Atlanta's opinion leaders and social media bloggers.  Participants were treated to a private performance by Grammy Award-winning artist Kelly Price, whose hit song, "It's My Time," is featured in the campaign.  Hyundai also presented a $5,000 donation to the STEM ambassadors program at Spelman College.

Ms. Shanti Das, Hyundai SmarterLiving panelist and entertainment industry executive, shared her story about how her pursuit of dreams and making smart choices have contributed to her success.  "Working hard to pursue ones dreams is a universal truth for all women.  In today's fast-paced environment of personal, professional and social living, women want to associate with brands that understand our unique needs and value our time as a priority," says Das.  "I think the Hyundai Smarter campaign aligns with my principals of using my financial resources well and my desire for safety, function and style.  Hearing the stories of other women who have followed their own voices to create the best choices for themselves, inspire me to keep reaching for my own new possibilities."

Campaign details can be found on the website, HyundaiSmarter.com.