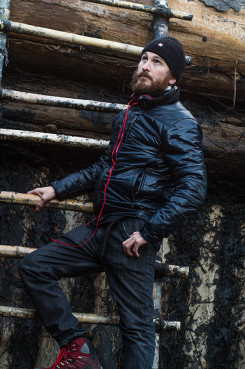 The Humane Society of the United States (HSUS) announced it will bestow the inaugural Humane Filmmaker award to director Darren Aronofsky at its “To the Rescue! New York 2014” benefit gala on Friday, November 21 at Cipriani. The award was created to recognize Aronofsky’s leadership and commitment to animal protection and welfare, as he demonstrated using CGI visual effects instead of live animal actors in his recent box office hit, “Noah,” which has garnered $359.2 million worldwide to date.

“I’m honored to accept the Humane Filmmaker award from The Humane Society of the United States,” said Aronofsky. “When I started working on ‘Noah,’ an early question was how to express the vastness and complexity of the animal kingdom on the big screen. It was quickly apparent that working with live animals would be dangerous for them. It was also morally ambiguous considering we were making a film about the first naturalist, Noah, who saved and cared for all the varied species on the planet. Luckily, CGI has evolved to a point where filmmakers can do almost anything and bring any creature to life. I was happy with the results, and I encourage other filmmakers to look at digital solutions before enlisting live animals.”

“We are thrilled to present Darren Aronofsky with the Humane Filmmaker award and applaud his compassionate decision to use CGI in ‘Noah,’” said Michelle Cho, Vice President of the Los Angeles office for The HSUS. “Darren’s ingenious film is a testament that animals can remain a cornerstone in entertainment without their welfare ever being put in jeopardy, and the worldwide box office success of ‘Noah’ proves that audiences find digital animals just as effective in storytelling.”

For more information about The HSUS’s “To the Rescue! New York 2014” benefit gala and to purchase tickets, please visit humanesociety.org/totherescue.