Hilton Strikes A Deal To Sell Waldorf Astoria For $2 Billion 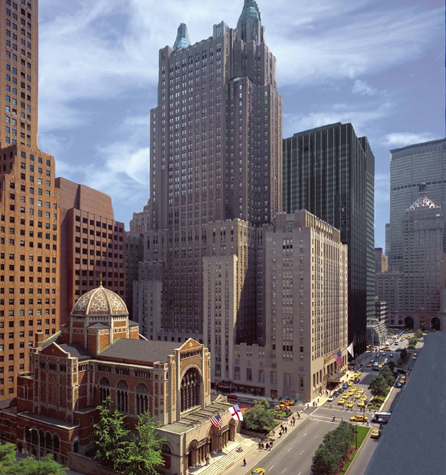 Hilton Worldwide announced that it has entered into an agreement with Anbang Insurance Group Co.Ltd. under which Anbang has agreed to purchase the Waldorf Astoria New York for an impressive price of $1.95 billion. As part of this long-term strategic partnership, Anbang will grant Hilton Worldwide a management agreement to continue to operate the property for the next 100 years, and the hotel will undergo a major renovation to restore the property to its historic grandeur.

"We are very excited to be entering into this long-term relationship with Anbang, which will ensure that the Waldorf Astoria New York represents the brand's world-class standards for generations to come. This relationship represents a unique opportunity for our organizations to work together to finally maximize the full value of this iconic asset on a full city block in midtown Manhattan," said Christopher J. Nassetta, president and chief executive officer, Hilton Worldwide.

The Waldorf Astoria New York is the flagship hotel of Hilton Worldwide's rapidly-expanding luxury brand, Waldorf Astoria Hotels & Resorts. Since 2007, the brand has increased its footprint more than five times to a portfolio of 27 landmark destinations, including Amsterdam, Beijing, Chicago, Dubai, Jerusalem, Ras Al Khaimah and Shanghai. Its pipeline of nine additional hotels includes key destinations such as Bali, Bangkok and Beverly Hills.

Hilton Worldwide intends to use the proceeds from the sale to acquire additional hotel assets in the U.S. in one or more transactions as part of a like-kind exchange under Internal Revenue Code Section 1031. These acquisitions will be finalized and announced at a later date.

The Waldorf Astoria New York was famously called "The Greatest of the Them All" by Hilton Worldwide's founder Conrad Hilton. It is an Art Deco masterpiece and has been an internationally recognized symbol of elegance and grace for more than a century. In the grandest of traditions, the hotel features cosmopolitan restaurants (including Peacock Alley, Bull and Bear Prime Steakhouse and Oscar's), bustling lounges and bars, the Guerlain Spa, more than 60,000 square feet of high-tech equipped function space, a state-of-the-art business center and intriguing boutiques.