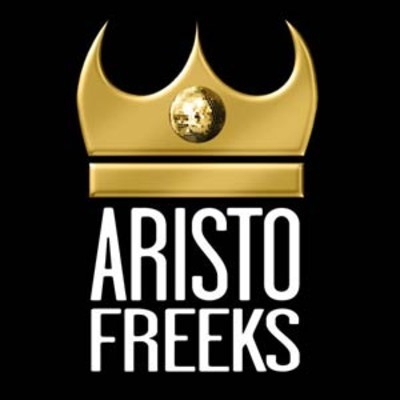 Veteran Record Executive Jerry Greenberg has formed a new worldwide music company, Pacific Electronic Music (PEM) with Ibiza based electronic producing and DJ duo, The Aristofreeks. PEM's first signing is Kathy Sledge, lead singer of Sister Sledge. The company will have headquarters both in Beverly Hills and Ibiza and will focus on releasing electronic dance music with global appeal. It will be distributed globally by Kobalt Music's AWAL distribution arm. PEM launched the label at the 16th Annual DJ Awards in Ibiza, September 25, 2013, with a live showcase of The Aristofreeks and Kathy Sledge performing "We Are Family"  The Ibiza DJ Awards presented Jerry Greenberg with the coveted Lifetime Achievement Award for his decades of hands-on shaping the music of generations. Furthermore, the organization also awarded Kathy Sledge the prestigious Outstanding Contribution Award for her work both inside and outside the music industry.

Greenberg who at 32, became the youngest ever major label president when he was elevated at Atlantic Records will serve as Chairman of PEM. At Atlantic Greenberg signed classic rock acts Genesis, Foreigner, and Whitesnake, among others. He oversaw the massive success of both The Rolling Stones, AC/DC and Led Zeppelin, to name a few.   In addition to his successes in the rock genre, forming this new company marks a return to Sledge and his dance music roots. Greenberg not only signed Sister Sledge to Atlantic but also engineered their massive success with disco classics like "We Are Family" and "The Greatest Dancer." He also signed and piloted the success of Chic who produced Sister Sledge and enjoyed massive hits of their own with "Le Freak" and "Good Times." Greenberg signed and oversaw the massive US launch of ABBA and their world-wide smash, "Dancing Queen," he was heavily involved with The Trammps massive single, "Disco Inferno" and later signed Shannon who enjoyed the perennial hit, "Let The Music Play." "Forming a new electronic dance music based company with my new partners and joining up with Kathy again is a natural evolution for me," said Greenberg. "I have always kept myself aware of new music trends but I fell in love with the culture and energy of today's scene after attending the Hard Festival earlier this year," Greenberg proclaimed.

Greenberg's partners in the new venture, DJ/producers The Aristofreeks are comprised of seminal Ibiza based DJ's Lenny Ibizarre and Max Martire some of the hottest live DJ acts in Europe. Max Martire is founder/partner of PEM named LennyIbizarre to run the company as CEO. Legendary Music Industry lawyer, Marvin Katz, of Ministry Of Sound fame, will be the company's outside General Counsel. In addition, Joe Vasconcellos, will serve as company CFO. The company, staffed in both Ibiza and Beverly Hills, have become the first label ever to bridge Ibiza electronic music scene with the most important music industry personalities in history.