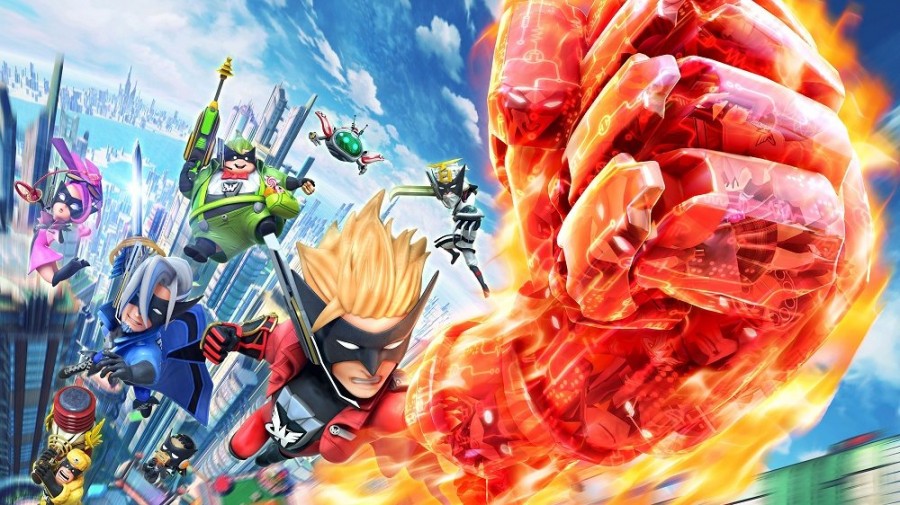 Earth’s only hope against an alien invasion is a team of 100 fearless superheroes, and they need your help. Only you can unite these superheroes – not to become the “Just OK 101,” or even the “So-So 101,” but rather the "Wonderful 101"! Launching on Sept. 15 exclusively for the Wii U, "The Wonderful 101" is an incredibly vibrant action game that lets players control a team of superheroes that is trying to defeat alien invaders known as Geath Jerk. Individually, these superheroes pack a decent punch, but unite them together and they are unstoppable.

"The Wonderful 101" is filled with a cast of colorful characters, led by the dynamic Wonder-Red. Players can meet other heroes that will join the team, such as the charming Wonder-Blue and the tough-as-nails Wonder-Pink. These fellow superheroes each grant players access to a new ability.

The touch-screen actions performed on the GamePad controller are vital to the success of the superheroes’ brave mission. By drawing certain symbols on the screen or with the right Control Stick, players combine multiple heroes in a Unite Morph. A circle forms Unite Hand, which delivers a powerful blow; a straight line creates Unite Sword, which can be used to attack enemies on all sides; a right angle activates Unite Gun, a morph that is useful against aerial targets; and a wavy line unleashes the power of Unite Whip, which can rip the armor from an enemy’s body.

By drawing circles around average citizens and sending them Wonder-Energy, players can recruit them to become heroes in battle. The more citizens players recruit, the more powerful their Unite Morph attacks become. To further bolster their ranks, players can track down and recruit the rest of the Wonderful 100, who have eccentric costumes and wild names, like Wonder-Guitar, Wonder-Locomotive, Wonder-Signal and even Wonder-Toilet.

Unite Morphs are also used for puzzle solving in the sprawling and towering game world. Drawing a straight line might create a ladder for scaling a wall or a bridge to cross between buildings. Unite Hand might be used to turn an oversized crank, while drawing a triangle might create a hang glider to fly through the city. Puzzle solving also takes advantage of the second screen on the Wii U GamePad controller by allowing players to control individual heroes.

The in-game Wonderful Mart lets players spend O-Parts acquired during battles to unlock additional Unite Morphs, as well as new abilities and upgrades. The game also challenges players to get top scores in their missions as they gain strength and experience, and learn more devastating combos.

In addition to the frenetic single-player mode, "The Wonderful 101" offers a co-op multiplayer mode for up to five players. With one player controlling with the GamePad and four others each using either a Wii U Pro Controller or Wii Remote with a Classic Controller attached, friends can team up to take on the game’s numerous and larger-than-life challenges.

"The Wonderful 101" can also be purchased and downloaded in the Nintendo eShop on Wii U.

For more information about "The Wonderful 101", visit http://www.thewonderful101.nintendo.com.

Electronics
"The Legend of Zelda: The Wind Waker HD" Renews An All-Time Great

Lifestyle
Get Fit for Free with "Wii Fit U"