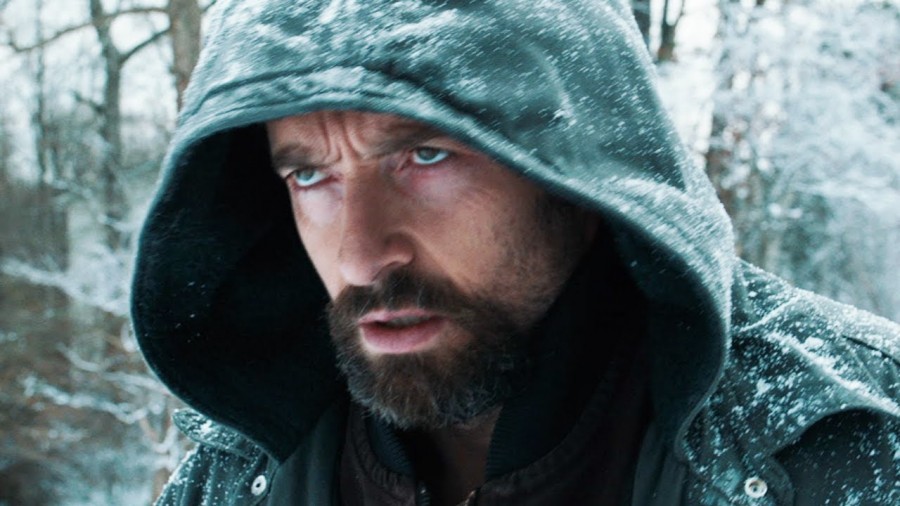 With its somber atmosphere and grim outlook towards everything, “Prisoners” is the movie equivalent of sitting through a funeral. Denis Villeneuve’s Hollywood mainstream directorial debut is dark, dreary, and leaves you on the verge of tears. The film is also incredibly well acted, terrifically frightening, and chillingly realistic. The only problem is; in a world filled with Ariel Castros and Brett Andersons, do audiences really need to consume two and a half extra hours of hardship and sadness? Isn’t the real world cruel enough? Do we really need to pay money to watch even more suffering?

Hidden within a forest of towering foliage, we hear the slow and deliberate reciting of the Lord’s Prayer before we first meet Keller Dover (Hugh Jackman) and his teenage son Ralph (Dylan Minnette). Keller lives a life “expecting the best but preparing for the worst.” Even as he watches his son take aim at a defenseless deer, he feels it necessary to show compassion to the animal that will soon feed his family.

As soon as Keller steps out of the woods and back into his rural Pennsylvania lifestyle, his life motto is put to the ultimate test. While eating Thanksgiving dinner with his neighbors Franklin (Terrence Howard) and Nancy Birch (Viola Davis), his six year-old daughter is kidnapped. Confounding the ordeal even more, the Birch’s equally young daughter is taken captive as well. 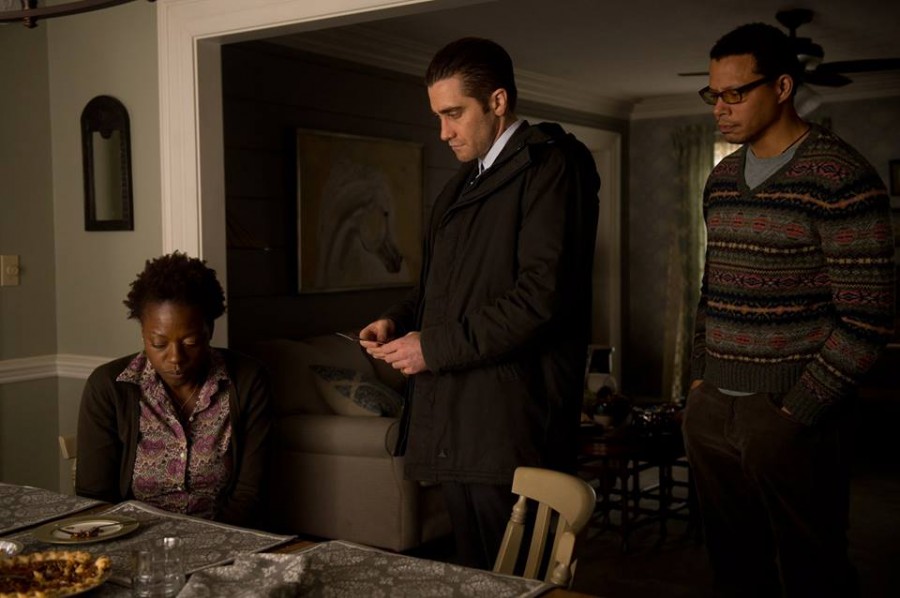 Once Detective Loki (Jake Gyllenhaal) is brought in to lead the investigation, Aaron Guzikowski’s (Contraband) script seems to have set up all of the requisite tropes to create a standard who-done-it style thriller.

Yes, “Prisoners” is very much about getting to the bottom of the kidnapping case, but Guzikowski makes his story unique by delving into the emotional side of living through a police investigation. As the authorities pursue multiple leads and time slowly slips away, Keller frantically decides to take matters into his own hands in extreme ways.

Jackman’s performance as the trauma and grief stricken Keller adds the necessary amount of realism to make “Prisoners” almost seem like it was taken from the CNN archives. He easily declaws himself from his summertime Wolverine character and slides gracefully into the role of a blue-collar east coast workingman.

Tapping back into his “End of Watch” persona, Gyllenhaal also delivers an exceptional performance. It doesn’t take long to find out just how committed his Detective Loki character is to his job. From working on Thanksgiving to staying at the office even after his Captain has left for the night, Loki is a prisoner to his profession, and Gyllenhaal reflects this identity very well. 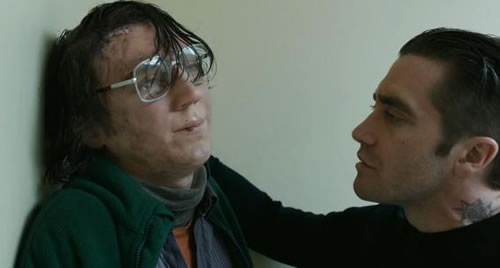 “Prisoners’” amazing cast does not end there. Melissa Leo, Paul Dano, and the aforementioned Howard and Davis all deliver spirited, albeit truncated performances. Sadly, with a cast this talented, Guzikowski’s script is much more focused on Jackman and Gyllenhaal’s characters than making sure each award-winning actor is given their due diligence screen-time wise. It would have especially been interesting to see how Howard and Davis’ characters responded to losing their daughter, but at 156 minutes, Guzikowski runs out of time to expand much on their tribulations.

This lack of secondary character development does not take away from the overall narrative, however. Villeneuve accomplishes a lot with “Prisoners.” He successfully blurs the lines between good and evil, right and wrong; sane and insane constantly, and also manages to keep even an avid crime thriller fan such as myself guessing who the killer is until the very end.

Watching Jackman command the screen as a fiery father hell-bent on justice is reason enough to buy a ticket. Also notable is the tension the actor creates with a Craftsman hammer in one particular scene is unbelievable, but the movie as a whole, left me a little let down. I am all for gritty character studies, but I wish Villeneuve and Guzikowski would have accented their nonstop gloom with a little sunshine every once in awhile.