Join Justin Timberlake For The 20/20 Experience 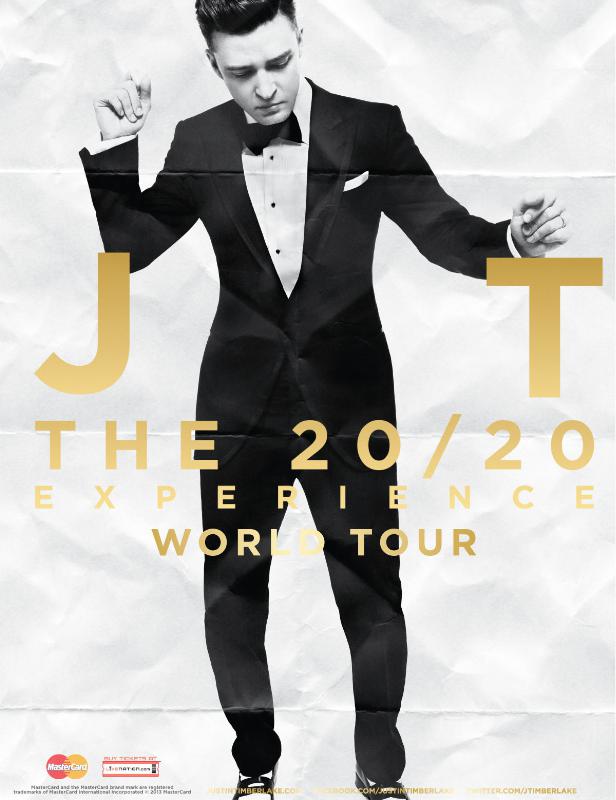 Tickets for the UK/European leg of The 20/20 Experience World Tour will go on sale beginning Friday, October 4th (see listings).  Justin Timberlake's all-new fan club, The Tennessee Kids (#TNKids), will have access to a pre-sale starting on October 1st.  Fans should visit http://thetennesseekids.justintimberlake.com to register for the fan club and receive a special code to access the pre-sale.  A pre-sale for MasterCard cardholders will also begin on October 1st.

A full list of cities, venues and public on-sale dates is listed below.  For the latest information regarding pre-sale and on-sale dates, please visit www.justintimberlake.com.  Hashtag:  #JT2020TOUR

The 20/20 Experience,has been critically well received and is the year's best selling album with over 3.5 million sold to date worldwide. The album marks Timberlake with the biggest male debut in five years as well as the biggest digital debut in U.S. history by a male artist.  The 20/20 Experience held the #1 spot in both the Top 200 (3 weeks) and R&B album chart (10 weeks).  In just its first week of release all 10 tracks charted on the digital songs chart and have sold over 6.2 million tracks in the US.  The album has reached platinum status in three other countries as well as gold status in nine other countries tracks.

The latest single "TKO" is the #1 most added song at Top 40 and Rhythm Crossover.  The song immediately entered the top 10 charts on iTunes and has continued to stay there.  "TKO" has debuted Top 10 on iTunes in 17 markets  worldwide since its release.