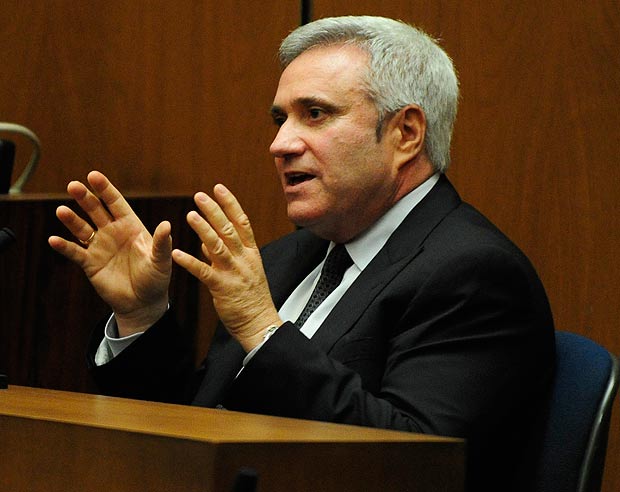 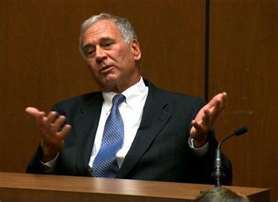 The Court today dismissed AEG Live executives Randy Phillips and Paul Gongaware from the trial over Michael Jackson’s death. The Honorable Yvette M. Palazuelos ruled there is absolutely no evidence Phillips or Gongaware are responsible in any way for Jackson’s untimely death from an overdose at the hands of his longtime personal physician Dr. Conrad Murray. “This is a huge victory for Phillips and Gongaware after enduring more than four months of a trial that they never should have been subjected to,” said Marvin Putnamof O’Melveny & Myers LLP, lead trial counsel for the defendants in the lawsuit.  “The Jacksons have besmirched their reputations and dragged their good names through the mud without any basis whatsoever.  Phillips and Gongaware should never have been sued in the first place.  They are vindicated now that the Court has thrown out the case against them.”

One of the major issues in the case is whether AEG Live hired Dr. Conrad Murray, who administered a fatal dose of an anesthetic to Jackson. Phillips and Gongaware argued in a motion for nonsuit that the Court should dismiss them because there was no evidence they hired Dr. Murray.  The Court agreed and threw out the case against them.  Judge Palazuelos recognized that it was Michael Jackson’s “specific request” that Dr. Murray treat him on tour, and Michael Jackson “could have fired Dr. Murray” at any time.  The Court further found that, in contrast, “Phillips and Gongaware did not control, direct, or perpetrate any of the activities in [Michael Jackson’s] home” that ultimately led to Jackson’s death, and they “committed no act directly related to the harm.”“The Jacksons have attempted throughout this trial to vilify Phillips and Gongaware in the hopes of distracting the jury from what the case is really about,” Putnam said.  “The Court’s ruling will bring the focus back to the key facts in the case:  that Michael Jackson himself selected Dr. Murray, and that Jackson himself sought out and demanded the propofol that killed him — a drug he had been misusing secretly for decades.”