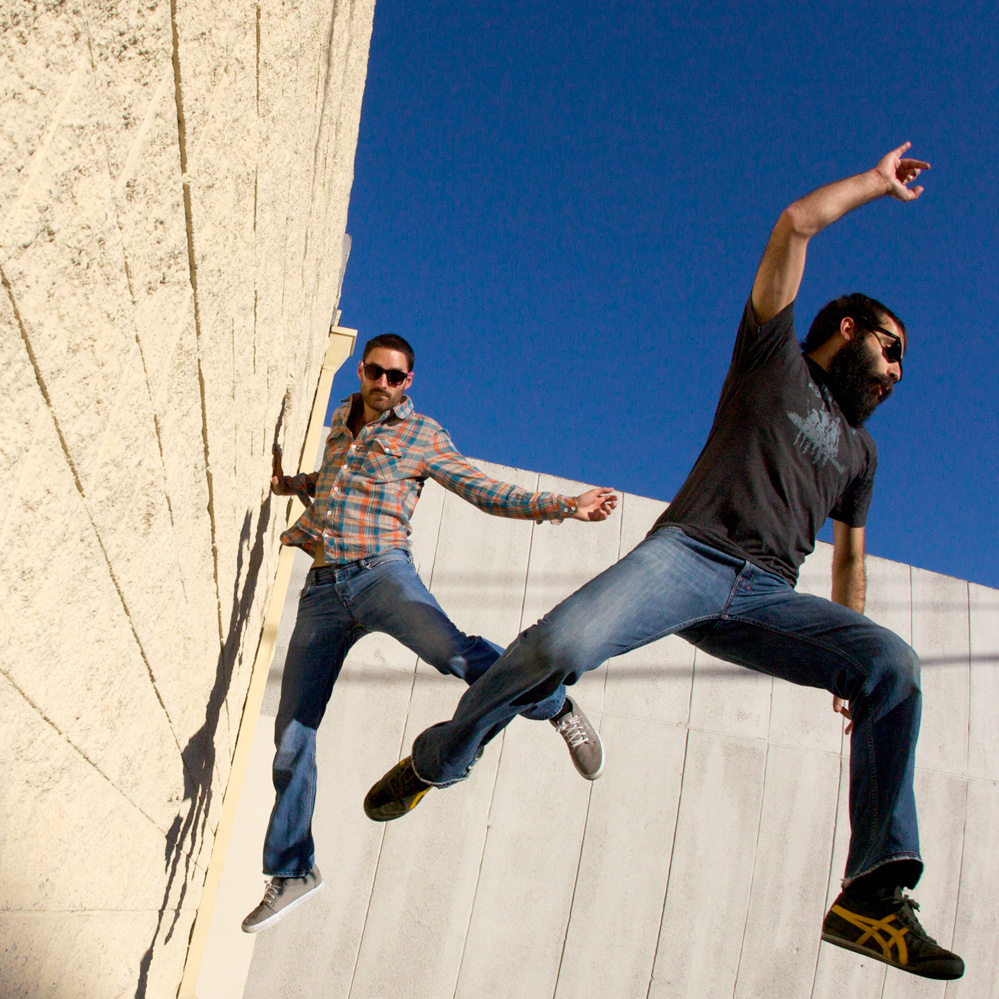 How many Craigslist connections have resulted in something great? Some find the occasional used piece of furniture, apartment rental or paid weekend gig. But who would have thought a hit music group could spawn from one online classified ad? Sebu Simonian and Ryan Merchant certainly didn't in 2008. However, just five years later, their hit single, “Safe and Sound,” climbed to #1 on the U.S. Alternative Billboard chart. Sebu and Ryan make up the electro/pop/rock band, Capital Cities, which has people dancing all around the world. Their debut album, “In A Tidal Wave of Mystery” is filled with uplifting lyrics, and energized 80's beats; a popular sound that is back rocking the radio airwaves.

Influenced by a mash-up of psychedelic rock and electro, Sebu was in search of someone who could share his passion for producing music. Ryan Merchant answered his Craigslist ad and the two immediately started writing together and playing around Los Angeles. Both being classically trained, they created a fusion between their two styles, making their very own sound. As Sebu calls it: alt/dance. While finishing their album, they were scouted by Capitol Records who signed them in 2012. Their hit, “Safe and Sound” not only reached the Billboard Top 10 and Hot 100, but was certified Gold in Germany and has rocked the charts worldwide. It is undeniably one of the most popular songs of the summer.

While on their international “Dancing With Strangers” tour, I had the opportunity to speak with Sebu about the coming together of Capital Cities and where they are going…

All of your success stems back to one Craigslist Ad placed in 2008. Tell me about how you and Ryan met.

Craigslist is actually a pretty good place to meet musicians. I put out an ad offering my services as a producer and Ryan was looking for a producer so he called me. We met up, and the musical chemistry was good. He found some opportunities to do some music for commercials, so we fell into that for a couple of years, and then after that we decided to form a band. I think we like the same kinds of music and tastes overlapped. We collaborated effectively.

Between the two of you, who writes and who plays?

It’s a team effort between Ryan and myself. We both write lyrics, we both play multiple instruments, and we both produce and mix. I play the piano, guitar, drums, and bass. And I consider the Mac laptop an instrument.

I must ask about the name. What’s the story behind Capital Cities?

That came from a simple chatting, brainstorming session in which we were trying to come up with a band name. I think Ryan threw out the suggestion of calling us Capital of Maine and I thought it was very silly. I said, ‘How about just Capital City?’ and it looked and it sounded good, so we stuck with it. 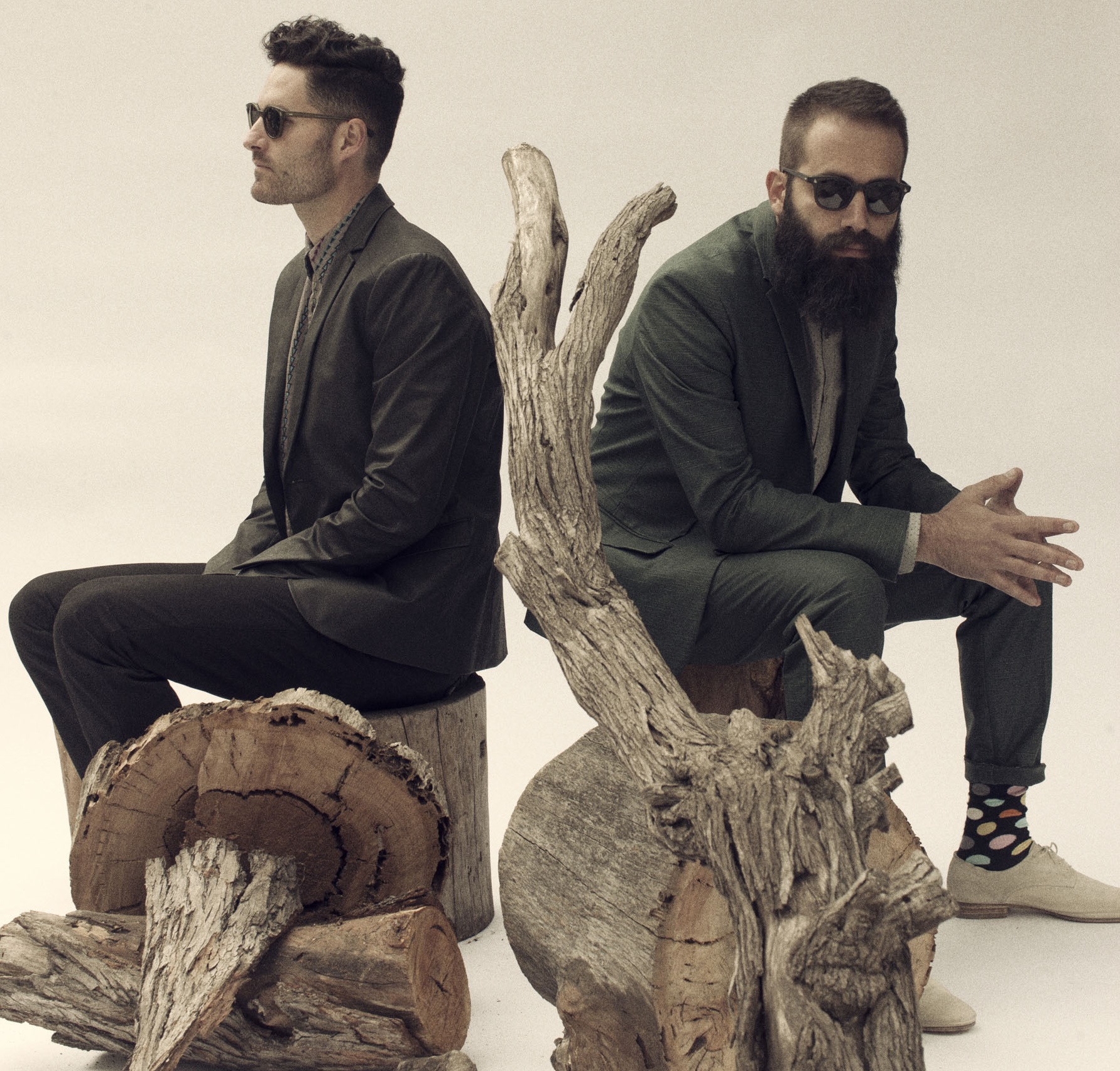 You guys were doing the ‘do-it-yourself’ approach for a while. Promoting and booking your own tours. Soon after you released your EP when you signed with Capitol Records. How did you get your foot in the door with the record label?

Well, actually, we released “Safe and Sound” in the early part of 2011, and then we got signed at the end of 2012 so it was almost two years after we released “Safe and Sound” that we got signed. Capitol Records was interested in us from the beginning. Maybe about a year before we signed with them, they had already approached us, but they couldn’t sign us because they were going through a transitional period and they were being bought out by Universal, so they had their hands tied. It was kind of a blessing in disguise because we ended up staying independent for a much longer period, and doing things on our own which was fun and challenging for us. Then, finally when they were ready to sign a new band, they came back to us and signed us. It was perfect timing because we were ready to take the help of a bigger label and they were ready to jump start their new system. They offered us a really good deal, so we took it.

What are the challenges, and also the blessings of signing with a label as far as creativity goes?

When they signed us, they trusted and believed in our vision and let us do whatever we wanted to do creatively. The album was pretty much done already when we signed with them, so they pretty much picked up our debut album as is. Creatively, they’ve given us full control.

I find that in the music industry right now, there’s an influx of bands and electro groups. They’repopping up on YouTube and everywhere on the internet. What do you think sets Capital Cities apart from the rest? Besides the fact that you make great music.

You took in the fan support from the very beginning and you accepted it.

Yeah, exactly, and it helped us discover that there were random places across the world that were embracing us. We found out that we got popular in Peru, Germany, and Indonesia for example, before anybody else latched onto our music, and it helped us organize tours. We went to Peru and Europe independently before the rest of the world had even heard about us.

That is unbelievable that overseas is where you really created your first fan base. How did that feel; to see all of these people from different cultures in different cities uniting to Safe and Sound?

It was great. First of all, it shows that people all over the world are very similar in their tastes in music. In Peru, the radio station that was playing us was playing exactly the same songs that were being played in the United States, except that ours was in there too. And obviously it’s thrilling because you get to travel and you get to experience other cultures and taste really good food. 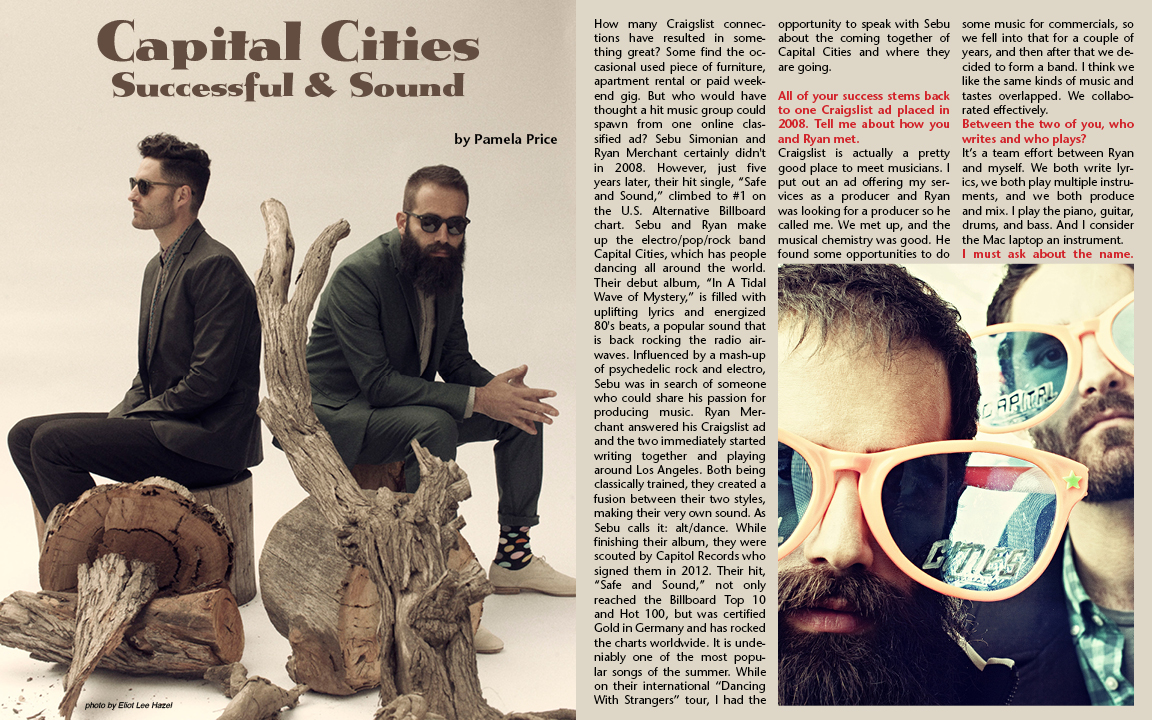