Barneys New York Goes For The Gold With Jay-Z 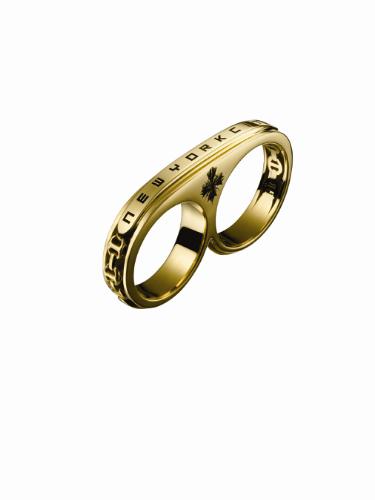 This holiday season, Barneys New York will merge our creative approach with that of Shawn 'JAY Z' Carter's for "A New York Holiday," a unique collaboration benefiting the Shawn Carter Foundation. A celebration of the holiday season, "A New York Holiday" will include original interactive windows and exclusive limited edition products, which will live in an immersive gallery space on the third floor of the Barneys New York Madison Avenue flagship.

As part of "A New York Holiday," Mr. Carter has collaborated with creative directors from some of the most inspired fashion houses in the world to create a collection of limited edition products, including designs from Balenciaga, Balmain, Lanvin, The Elder Statesman, En Noir, Hoorsenbuhs, Just Don, Proenza Schouler, Rick Owens, Stutterheim, Acne Studios, and Cutler & Gross.  Each distinctive item draws inspiration from New York City and is realized in color palettes of black, white, gold, and silver.  Debuts of additional limited edition product by Mr. Carter will also be made available at Barneys New York, including Shawn Carter by Hublot timepieces and a specially designed humidor by Comador.

The limited edition collection will be available exclusively at Barneys New York beginning November 20th in a first of its kind immersive gallery space on the third floor of the Madison Avenue store. A significant portion of the third floor has been completely transformed into the BNY SCC Gallery, which was conceived as a creative collaboration between Mr. Carter, visual artist Joanie Lemercier, and Barneys New York Creative Director Dennis Freedman.  The collection will also be available on Barneys.com and in Barneys New York flagship stores in Beverly Hills, Boston, Chicago, and San Francisco.