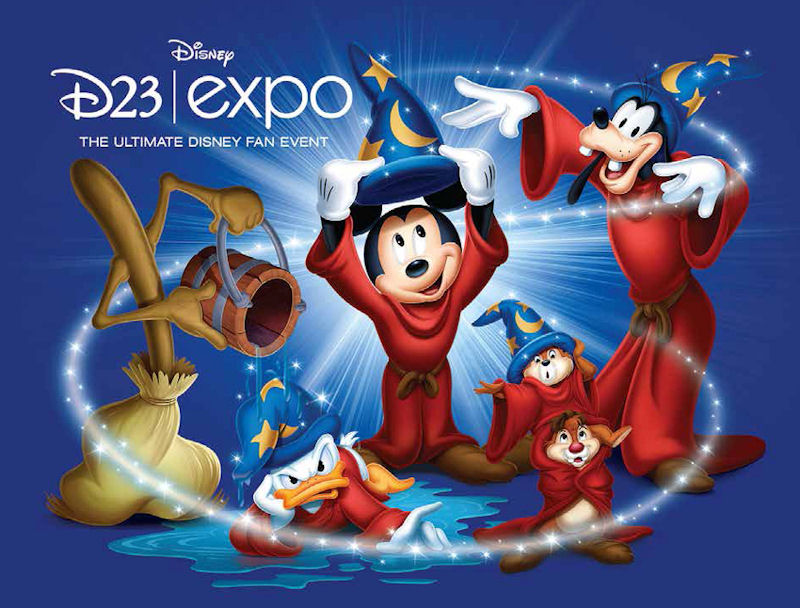 The presentation included information about the just-announced feature film “Zootopia” (working title) from Walt Disney Animation Studios, and the newest film in Disneytoon Studios’ Disney Fairies franchise, plus never-before-shared voice cast announcements for upcoming Disney•Pixar titles that include Amy Poehler, Bill Hader, Neil Patrick Harris and Diane Keaton, among a host of others.

“It’s a fantastic, exciting time for animation at Disney and Pixar,” said John Lasseter, chief creative officer for Walt Disney and Pixar Animation Studios. “The filmmakers at our three studios are so talented—their films are all so touching and beautiful, but so different. I am truly excited to share these films with everyone.”

·         Lasseter surprised fans with a screening of the first 10 minutes of Disney•Pixar’s “Toy Story OF TERROR!” The D23 Expo audience was the first ever to see footage from the spooky new 30-minute special that features favorite characters from the “Toy Story” films. What starts out as a fun road trip for the “Toy Story” gang takes an unexpected turn for the worse when the trip detours to a roadside motel. After one of the toys goes missing, the others find themselves caught up in a mysterious sequence of events that must be solved before they all suffer the same fate in this “Toy Story OF TERROR!” From director Angus MacLane and producer Galyn Susman, “Toy Story OF TERROR!” premieres on ABC Oct. 16, 2013.

In “Frozen,” fearless optimist Anna (voice of Bell) teams up with rugged mountain man Kristoff (voice of Jonathan Groff) and his loyal reindeer Sven in an epic journey, encountering Everest-like conditions, mystical trolls and a hilarious snowman named Olaf (voice of Gad) in a race to find Anna’s sister Elsa (voice of Menzel), whose icy powers have trapped the kingdom of Arendelle in eternal winter. In theaters Nov. 27, 2013.

·         “Get A Horse!” made its U.S. premiere at the D23 Expo. Featuring Walt Disney himself as the voice of Mickey Mouse, this black-and-white, hand-drawn theatrical short follows Mickey, his favorite gal pal Minnie Mouse and their friends Horace Horsecollar and Clarabelle Cow as they delight in a musical haywagon ride—until Peg-Leg Pete shows up and tries to run them off the road. This groundbreaking short from Walt Disney Animation Studios is directed by Lauren MacMullan (TV’s “The Simpsons”) and produced by Dorothy McKim (“Prep & Landing” trilogy, “Meet the Robinsons”), “Get A Horse!” opens in front of “Frozen” on Nov. 27, 2013.

Giving Back
Tony Bennett Sings For Voices Against Violence