Movie Review: "We're The Millers" Should Get A Divorce 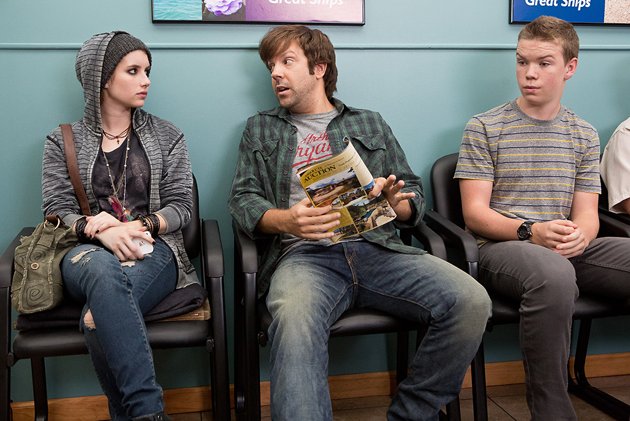 There is nothing funny or original about Jason Sudeikis, Jennifer Aniston, and Emma Roberts in the ho-hum road trip flick “We’re The Millers.” Muddled by thoughtless jokes, poor characterization, and a slew of clichés, Rawson Marshall Thurber’s raunchy gag-fest is a family comedy minus the family and the comedy.

Sudeikis plays the burned out, small time drug dealer David Clark, a forever man-child complete with a super-volumized Justin Beiber mop top and graphic T-shirt collection that would even make Urban Outfitters blush with giddy joy. Instead of growing up like everyone else he went to college with, David settles for the lowest end of the totem pole. With no family, no girlfriend, and a profession that involves skirting the law at all costs, David could literally fall off the face of the Earth (something his former college friends turned actual adults make very clear to him), and no one would really care. 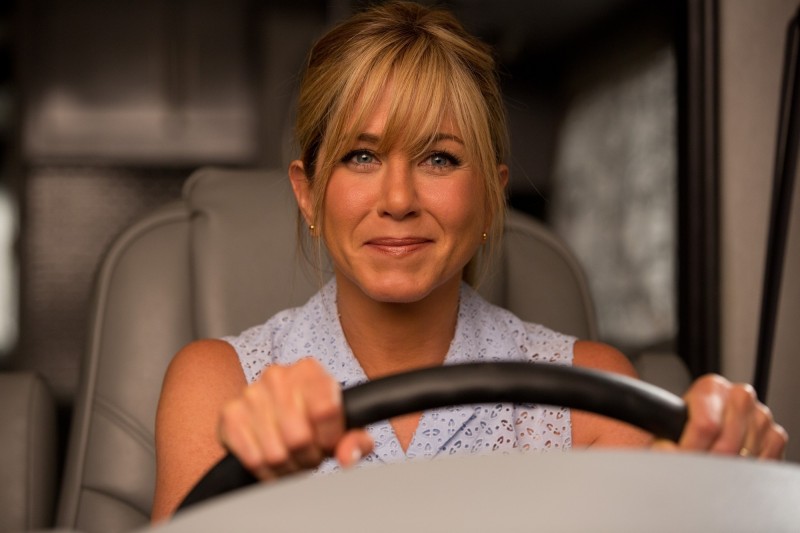 After a couple low-life thugs steal David’s entire weed and cash reserve, the drug dealer’s loner lifestyle becomes a lot more crowded.  In order to get out of debt, David enlists the help of his fellow apartment co-inhabitants. David may still be alone in the world, but at least he is able to bribe a washed up stripper (Aniston), a socially awkward virgin (Will Poulter) and a dirty runaway (Roberts) into pretending to be his family just long enough to smuggle a ton — actually two tons —of marijuana from Mexico to Colorado. The icing on this tasteless cake is the not-so-family, family smuggles the drugs using a high tech RV.

Glancing over the fact that this ludicrous premise completely disregards Colorado’s new marijuana policies, “We’re The Millers” puts too much emphasis on the negative aspects of family life, and alienates the viewer from relating to any of its characters in the process.

David might swap his grungy appearance for something more white collar in the hope of fooling border control, but fails to ditch the smug attitude that got him stuck in this life-threatening predicament in the first place.

Throughout the movie, David uses flippant, and often lewd, remarks to shelter himself from the gripping realization that his life sucks.  Even after going from Colorado to Mexico and back again, he never really changes as a character. David is a first-class prick when we first meet him, and stays that way for the entire movie. 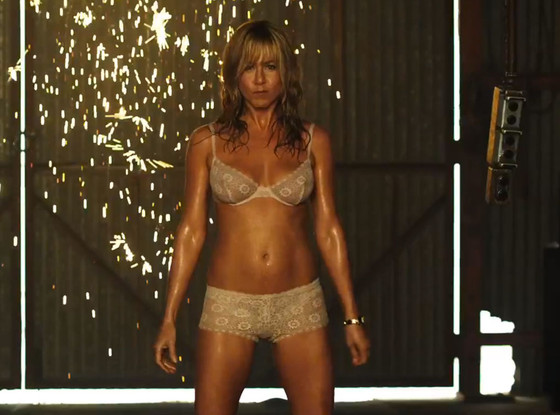 In much the same way, screenwriters Bob Fisher and Steve Faber put just enough cringe worthy jokes — jokes is used loosely here — into their script to offend pretty much every class of person. When making fun of same sex relationships, Mexicans, and homeless people get old, Fisher and Faber turn to the tried and true strategy of inundating the audience with excessive-blunt-force genital humor and extended arrays of pervasive language to hopefully satisfy the 18-25 male demo.

These nauseatingly clichéd humor tactics are made even more obvious because all of the actors shout their lines instead of take the time to act them.

Without giving too much away, and believe me there really isn’t much to give away anyway, here’s a typical Miller family conversation to help illustrate my point: 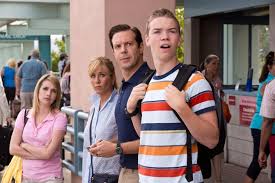 “I hate you,” said Father Miller.

“I [even more raunchy expletive] HATE YOU THE MOST,” decreed Mrs. Miller.

“At least I’m not a stripper.”

“Don’t hate me because I’m old, yet still have a killer body.”

With back to school just around the corner, I’d save my $15 bucks for something a lot better than “We’re The Millers”— like Ramen and Red Bull.