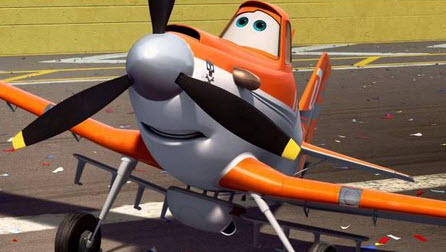 Look! Up there in the sky! It’s a bird? It’s a plane? It’s… No wait… yes; it is a plane — with Dane Cook’s voice.  Disney’s “Planes” takes audiences high above the world of “Cars,” as the tagline reads, and does not disappoint.

Director Klay Hall and screenwriter Jeffery M. Howard successfully humanize the fastest, loudest propeller based mode of transportation by introducing the audience to Dusty Crophopper (Dane Cook). Dusty, like his name implies, has spent his entire mechanical life spraying fertilizer on a decrepit farm in the back county of Nebraska. Dusty isn’t just another southern drawled country bumpkin, however, he’s a smooth talking, smoother sailing budding racer. Sadly, it’s kind of hard to race with a fertilizer sprayer strapped to your undercarriage. Oh, and it’s even harder to win when you’re afraid of heights. For Dusty, both of these drawbacks are made glaringly evident.

In order to get a wing up on the competition (yes, I just went there), Dusty enlists the help of seasoned naval aviator Skipper (Stacy Keach) who helps the racing wannabe qualify to take on the defending champ of the global racing circuit, the ferocious Ripslinger (Roger Craig Smith). Skipper isn’t the only plane, train, and automobile helping Dusty achieve his dream. The underdog crop- 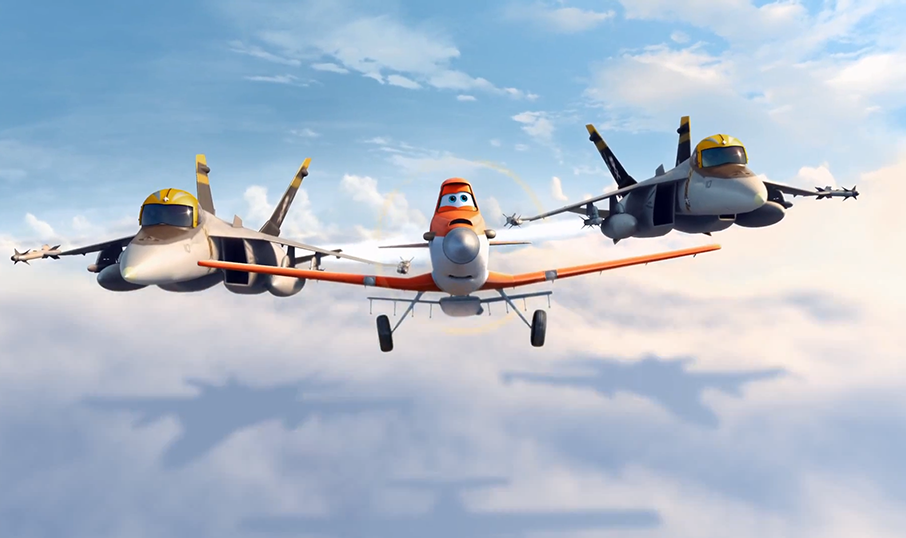 duster from Nebraska is joined by a gaggle—animated airplanes come in gaggles—of friends to help the little-engine-that-could become a world champion.

Dusty is not the only one thankful for having so many friends guarding his back. For a raunchy comedian turned actor like Dane Cook, having the impressive supporting cast “Planes” offers is exactly the jump start he needs to boost his flailing Hollywood career.  Brad Garrett, Julia Louis-Dreyfus, John Cleese, and even Sinbad lend their voices to the movie, and provide ample opportunity for Cook’s talents to shine.

Having failed to pack theaters in comedies like “Good Luck Chuck” and dramas such as “Mr. Brooks”, Cook finally finds a Hollywood home in animation. With Dusty, Cook manages to capture the essence of what it means to be an overly confident underdog. When conviction and bravado is needed, the comedian taps into his former stand up days, and exudes pure masculine machismo. When Ripslinger or any of Dusty’s other racing opponents make fun of the crop-duster’s vitaminamulch sprayer, Cook is equally able to display a self-conscious uncertainty that must be all to familiar a feeling for an actor that hasn’t been in a major film since 2007. Just 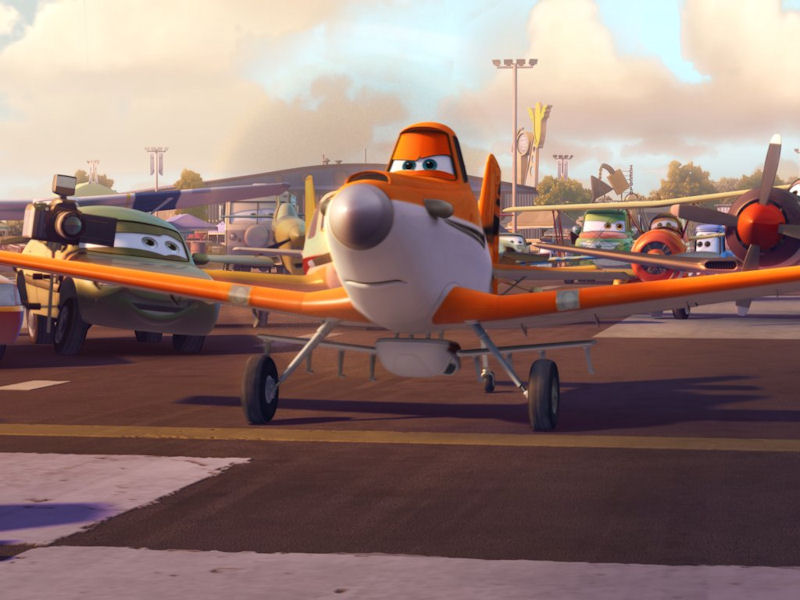 like Dusty has the heart and mind to succeed, Cook is poised to make an equally impressive comeback if “Planes” opens well at the box office.

Hall’s incessant barrage of 3D topsy-turvy point of view shots and wing camera angles puts the audience in the cockpit of what it must look and feel like to pilot a giant, animated airplane that can talk and show a wide variety of emotions.

With so much dangerous high-flying action, however, “Planes” doesn’t crash and burn, but instead easily glides across the finish line.

Even though the typically straight to DVD based DisneyToon Studios and Prana Animation Studios take the theatrical release reins from the almighty Pixar, “Planes” is still destined to become another kid friendly Disney classic.