Movie Review: It's Definitely Not "The World's End" For Pegg and Wright 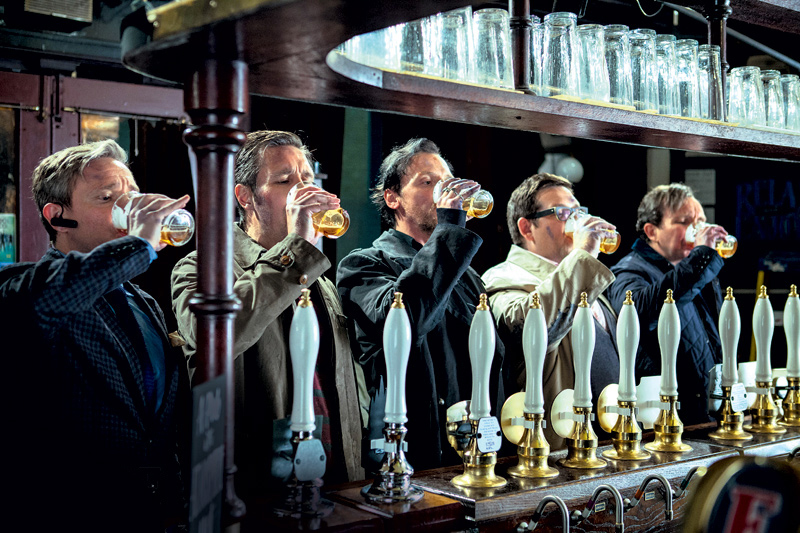 Leave it to that group of Fish and Chips loving folk from across the Atlantic to dissect, retool, and reboot an entire genre of American popular cinema.

In 2004, Simon Pegg and longtime collaborator Edgar Wright tackled horror with “Shaun Of The Dead.” The writing pair teamed up again with a deconstructed buddy cop action flick in 2007’s “Hot Fuzz.” After six years, the two are officially back in spoof-tacular ways with “The World’s End.” Pegg and Wright might be British filmmakers, but their latest sci-fi comedy mash up will leave American audiences laughing like a bunch of drunks. 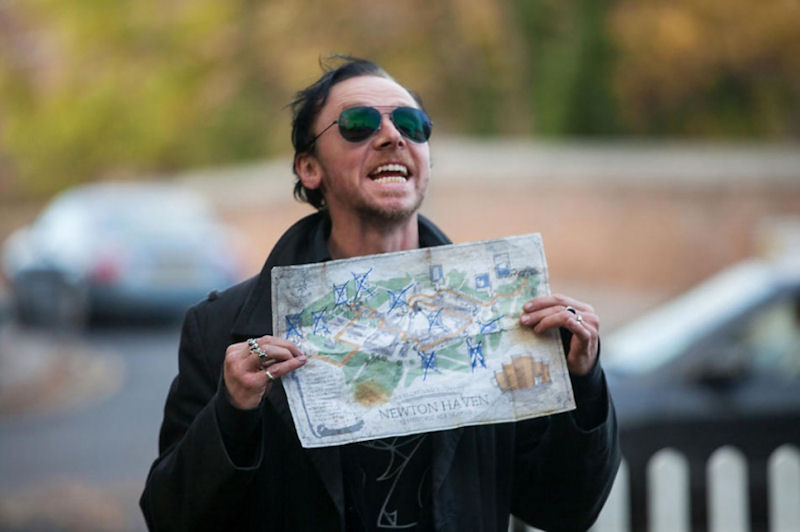 Dressed in all black everything, Pegg’s Gary King character has definitely seen better days when we first meet him at an Alcoholics Anonymous meeting in suburban London. Actually, King makes it explicitly clear that those better days came way back in 1990 when he, along with his four best high school friends, attempted to complete the most intimidating pub crawl known to man. Dubbed “The Golden Mile” the 12 pub drinkathon — ending at the historic The Word’s End bar — was supposed to be the catalyst to King and his buddies’ adult lives.

While all of his friends matured, King stayed exactly the same. Same clothes, same beat up car, same thirst for beer and one night stands… you get where I’m going with this.

After one of his fellow A.A. members suggests “getting the band back together” for another attempt at “The Golden Mile,” King immediately jumps on the opportunity to do just that. 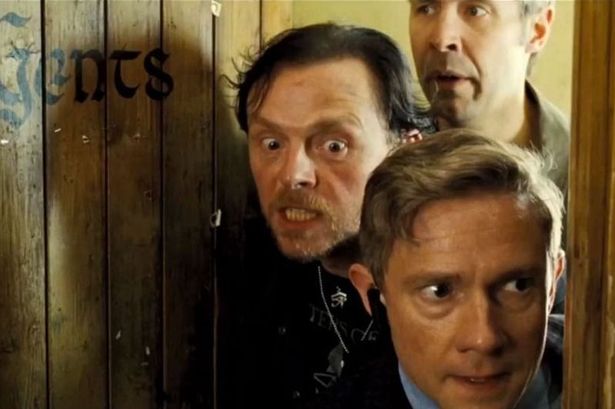 As with any recent ‘reunion’ film — “Grown Ups,” “American Reunion,” “Garden State” — there is a certain level of obligatory exposition that goes along with the genre. Characters will most likely say things like: “remember that one time,” “wow, you got fat,” and “I can’t believe we’re doing this again” even though the audience did not grow up with these characters, and therefore cannot participate in their collective memories.

Pegg and Wright’s script plays into this common filmic trope, but gives the audience their own inside jokes to laugh about. We become a surrogate member of the “Five Musketeers” (one such inside joke), because the first time we meet Andy (Nick Frost), Oliver (Martin Freeman), Steven (Paddy Considine), and Peter (Eddie Marsan) is during a flashback to the first time they attempted to complete “the historic pub crawl.” Because King is so completely stuck in the past, we can laugh right along with him and all of his dated references.

Just when Gary and his gang of longtime cronies begin to feel the first comforting signs of public drunkenness, Pegg and Wright ditch the ‘reunion’ narrative and devolve into an over-the-top alien invasion/apocalypse movie complete with human clones that spout blue slime. 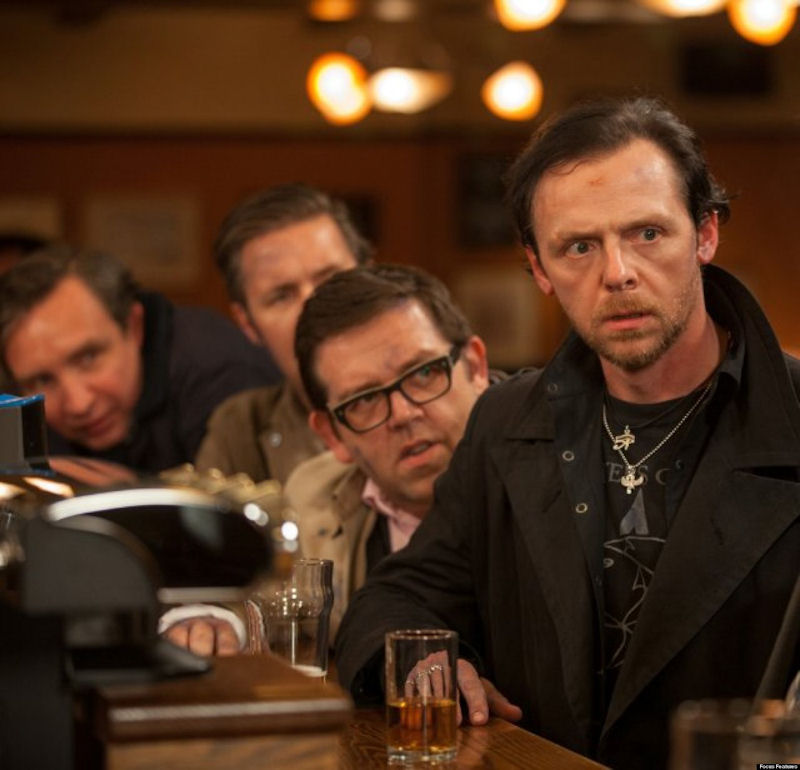 This is also the point in the film where Pegg’s co-stars are given room to show off their comedic capabilities. While Pegg’s Gary never breaks from his gung-ho alcoholic’s mission to get smashed at 12 bars, a city wide alien provides just enough motivation to watch typically ordinary adults act like complete buffoons. Nick Frost, in particular, is hilarious to watch as he goes from 15 years sober to ‘rip your shirt off’ wasted.

Playing like a version of “The Stepford Wives” where everyone has ADD, “The World’s End” erratically jumps between sci-fi, slapstick comedy, and satire. There is no need for Adderall, however, because Pegg and Wright are pros at this type of zany filmmaking. It might have been a while since the two collaborated on a film, but they do not miss a beat once Gary King discovers that his entire hometown has been taken over by aliens including Pierce Brosnan!

When someone brings up the term “spoof,” I cannot help but immediately jump to that putrid gutter trash that is the fourth, fifth, and sixth installments of the “Scary Movie” franchise. In attempting to classify “The World’s End,” however, no other term comes to mind. While there is plenty of on-the-nose hijinks and knowingly clichéd humor, Pegg and Wright have created a witty and sarcastic sci-fi spoof that never dumbs itself down for the sake of an easy laugh.

Even though chugging 12 pints of beer in a single night is incredibly dumb, “The World’s End” is tremendously smart.