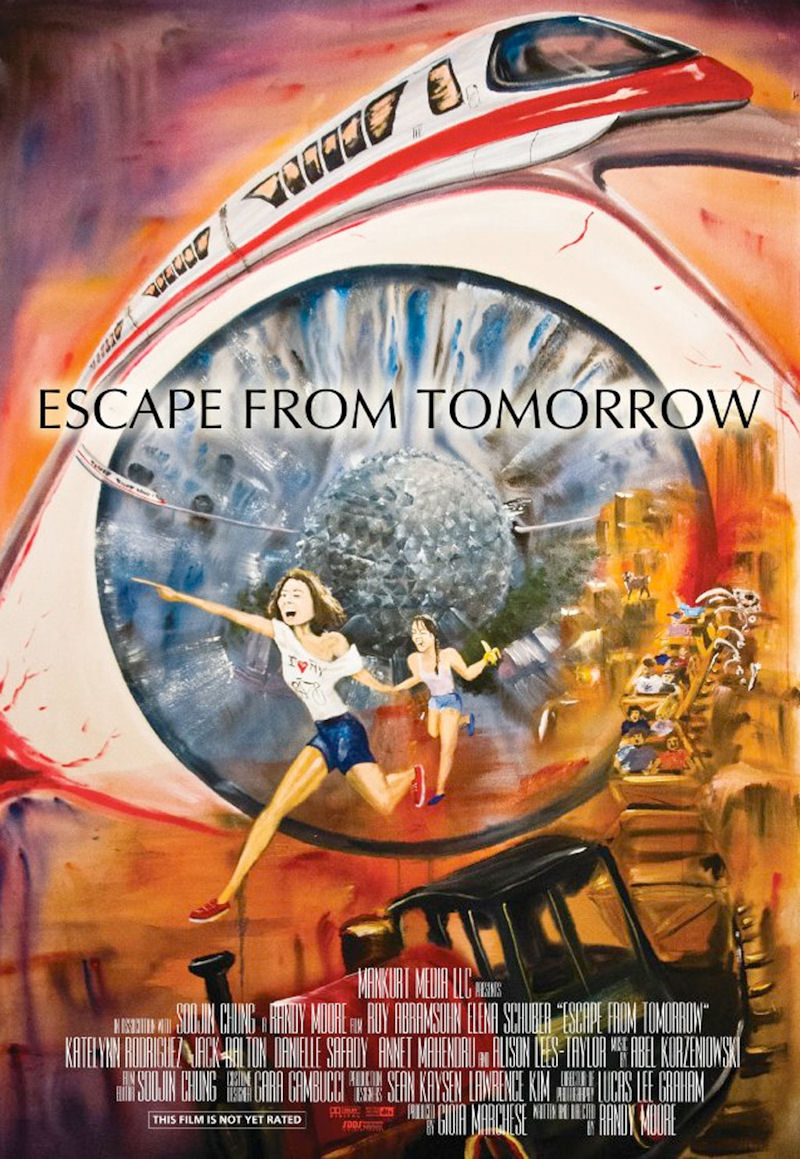 Producers Distribution Agency (PDA) announced today it will be releasing Randy Moore’s directorial debut "Escape From Tomorrow" in the U.S. this fall, in partnership with Abramorama and digital entertainment curator FilmBuff.

The film is a bold and ingenious trip into the happiest place on earth, was one of the most provocative films to premiere at the 2013 Sundance Film Festival.

An epic battle begins when a middle-aged American husband and father of two learns that he has lost his job. Keeping the news from his nagging wife and wound-up children, he packs up the family and embarks on a full day of park hopping amid enchanted castles and fairytale princesses. Soon, the manufactured mirth of the fantasy land around him begins to haunt his subconscious. An idyllic family vacation quickly unravels into a surrealist and darkly comic nightmare of paranoid visions, bizarre encounters, and an obsessive pursuit of a pair of sexy teenage Parisians.

Chillingly shot in black and white, "Escape From Tomorrow" dissects the mythology of artificial perfection while subversively attacking our culture's obsession with mass entertainment.

It will be released theatrically in select cities across the country beginning October 11th at the IFC Center in New York.

The film will also be available via FilmBuff on VOD day and date with its US theatrical release on all leading On Demand platforms including iTunes, Amazon Instant Video, Cable Movies On Demand, YouTube, XBOX, Sony Playstation, Cinemanow and Vudu.