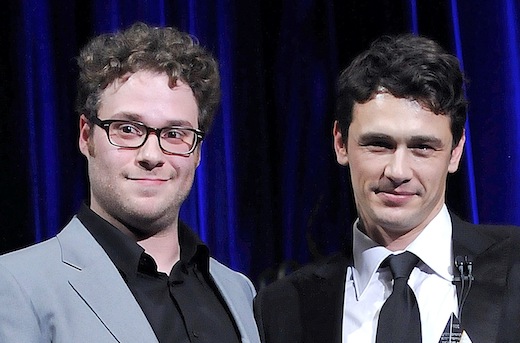 The "Pineapple Express" and "This Is The End" best bud duo will confront all of James Franco's issues on Comedy Central's Roast of Franco himself.  COMEDY CENTRAL announced today that Seth Rogen has been named Roast Master for the "COMEDY CENTRAL Roast of James Franco."  The event (#FrancoRoast) will tape at Culver Studios on August 18 and premiere on Labor Day, Monday, September 2 at 10:00 p.m. ET/PT.

Since first teaming up in 1999 on the cult-favorite television series "Freaks and Geeks," Franco and Rogen have collaborated on some of today's most outrageous and quotable movies including "This Is The End," "Pineapple Express" and the forthcoming "The Interview."

Television
James Franco Is Headed To A TV New You