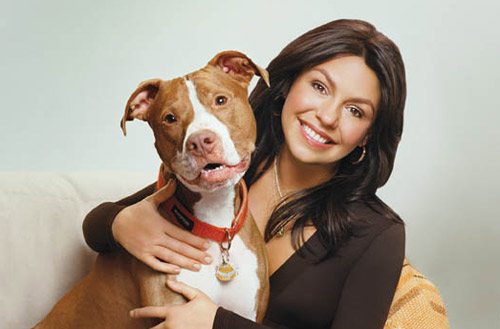 Isn't it wonderful what happens when people work together for a cause?! The ASPCA® (The American Society for the Prevention of Cruelty to Animals®) announced that 36,790 pets were adopted or reunited with their owners during the first two months of the 2013 ASPCA Rachael Ray $100K Challenge, a three-month competition where 49 animal shelters from across the country are working to increase adoptions in order to win a piece of the more than $600,000 in ASPCA prize grants, including a grand prize of $100,000.

During the first two months of the contest, many shelters continued to try new methods of driving traffic to their adoption centers – many held big adoption events, unique promotions and discounts on adoption fees, and more.

"Not only are both the shelters and animals winning, but so are the new families," said Bert Troughton, vice president of community outreach for the ASPCA. "We've heard from hundreds of new adopters who have submitted entries to this year's photo contest, proudly showing off photos of their newly adopted family pets. Adopter Jessica called Stevie, the dog she rescued, 'the coolest dog around.' Another adopter, Julie, considers her adopted pet to be 'a blessing.' Newly rescued dog Wally is 'the perfect mix of loving and playful' according to his adopter, Lisa. Watching these pets leave the shelter and start their new lives with their new families is what this contest is all about."

The 49 contestants are working to save more animals – during the months of June, July and August 2013 – than they did over the same three-month period in 2012. Last year's competing shelters saved more than 56,000 cats and dogs during the contest, an increase of 14,376 over the same period in 2011.

The ASPCA and Rachael Ray will award a $100,000 grand prize to the shelter contestant that achieves the greatest increase in lives saved during this three-month period. For more info: www.aspca.org/100K.

Food & Drinks
Pair Your Pasta & Wine For A Prize