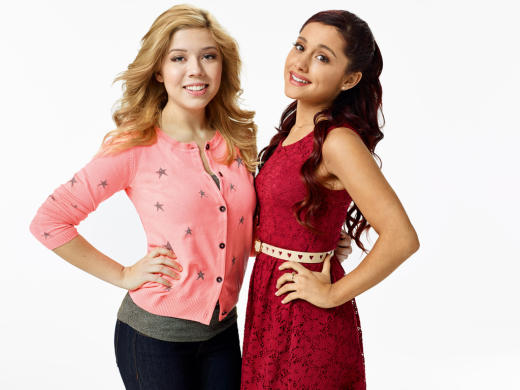 Brand-new episodes of "Sam & Cat"will continue to roll out this year and debut on Nick channels internationally beginning October.  Special upcoming guest stars include iconic comedy duo Penny Marshall and Cindy Williams (Laverne & Shirley), in their first appearance in a scripted series in over 30 years, and Sophia Grace and Rosie of "The Ellen DeGeneres Show" who reprise their roles as troublemakers Gwen and Ruby.

For a unique opportunity to be part of "Sam & Cat", fans can visit http://SAMandCAT.nick.com to submit photos of themselves for the chance to see them appear in future episodes of the show.  The site is also home to the “Lil’ Sam & Cat Show,” a series of animated shorts that give a behind-the-scenes look at how Sam & Cat is made and what life is like on set with Jennette McCurdy and Ariana Grande.

The series airs regularly Saturdays at 8:00 p.m. (ET/PT) on Nickelodeon.

Giving Back
"The Simpsons" Co-Creator Sam Simon Is Giving Big