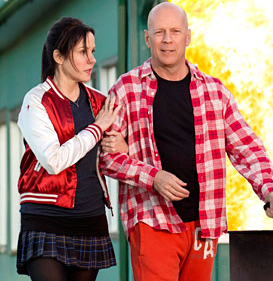 “Red 2” cannot possibly be a real movie. There’s no way so many highly respected actors would ever come together for a movie so trite, unfunny, and cliché.  This has got to be an extended Academy Awards sketch, right?

While Bruce Willis, John Malkovich, Mary-Louise Parker, Helen Mirren, Anthony Hopkins, and Catherine Zeta-Jones may have 24 Golden Globe nominations, eight Oscar nominations, six Golden Globe wins, and three Oscar wins among the six of them, no amount of Hollywood award season bling can blind audiences from the B-grade travesty that is “Red 2.”

Picking up more or less where the original left off, “Red 2” opens with former CIA Black Ops task force leader Frank (Bruce Willis) and his All-American girlfriend Sarah (Mary-Louise Parker) attempting to live a domestic life together. Anyone that has seen the first film knows, however, that it is almost impossible for an ex-soldier to remain retired forever. After his paranoid best friend Marvin (John Malkovich) confronts Frank at the local Costco, it doesn’t take long for the ex-CIA 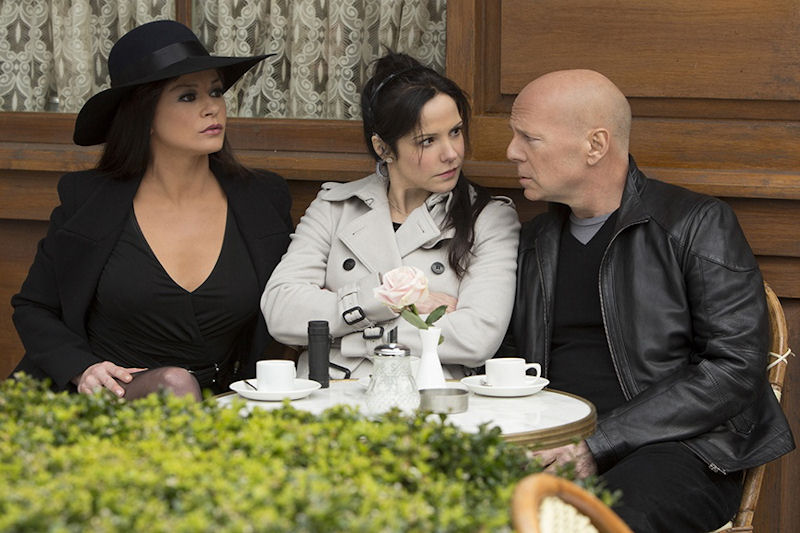 operative to get sucked back into director Dean Parisot’s (Galaxy Quest) zany, over the top world. This time around, however, Frank has to take Sarah along on the ride with him.

Even though the entire world thinks Frank and Marvin are illegally harboring classified information regarding a weapon of mass destruction, Frank cannot help but feel the need to constantly coddle his girlfriend. No gun, no danger, and no fun end up being Frank’s mantra for most of the film.

Whereas Frank’s character may sound like a broken record — a foul note only retired people seem to know about — Parker’s ditzy Sarah is definitely good for a few laughs, especially after she is introduced to Frank’s former flame Katja (Catherine Zeta-Jones). Sadly, somewhere between the gang’s journey to Paris and Moscow, even Sarah becomes more of a caricature than a character. 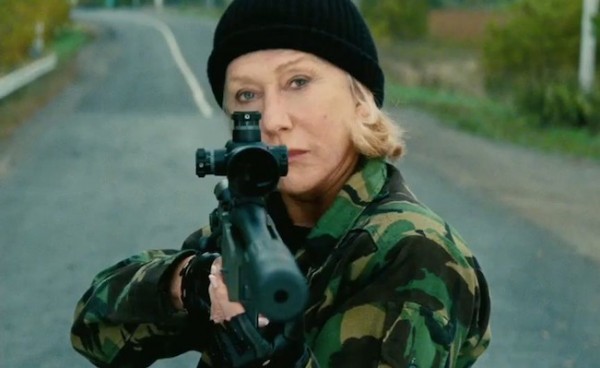 The only part of “Red 2” that ends up riddled with even more holes is the film’s script. Jon and Erich Hoeber, the writing team behind the first film, inundate the audience with action movie cliché after cliché in their second outing. A Cold War “Red Scare” mentality. Check. A former friend turned ruthless enemy. Check again. A sexy femme fatale. Check check check! A double-crossing secret agent.  All of the checks! Honestly, for a movie that is less than two hours long, it is amazing how many over-used action tropes the Hoeber brothers are able to cram into their screenplay.

With a plot older than its leads, “Red 2” should have stuck to retirement. Director Dean Parisot’s attempt to cash in on the popular graphic novel series fails to bring the same absurd plot and pacing of the first movie, and ends up wallowing in the same “old people can still kick ass” gag over and over again. Not even Helen Mirren holding a sniper rifle can save this film from a dishonorable discharge.