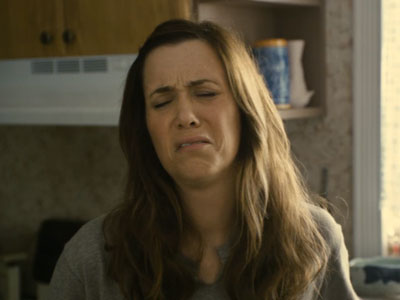 Remember that old saying “you’ll laugh until you cry”? While I have yet to experience that emotional sensation, I can now officially say I have cried during a comedy. Even though “Girl Most Likely” is marketing itself as a light-hearted comedy, do not be fooled. Kristen Wiig’s newest feature film is the farthest thing from the awkwardly funny characters she normally embodies on SNL. The movie is depressing. Downright depressing.

This glitzy city versus the trashy suburbs tale from Oscar nominated directing team Shari Springer Bermand and Robert Pulcini (American Splendor) tells the story of Imogene (Wiig) and the underachieving nightmare that is her life. In her 20s, she was believed to be the next big playwright on Broadway, and even had a $30,000 writing grant to prove it. As in most Bermand and Pulcini films, however, life is not made easy for Imogene. She is an oddball at heart. An outsider.

After wasting all of her grant money living the yuppie Upper West Side lifestyle of her dreams, reality finally catches up to her. With nowhere else to go, a half hearted suicide attempt sends the aging ‘never-was’ back home to New Jersey.

While watching “Girl Most Likely,” I found myself continuously asking myself whether I should be laughing or crying at all of the 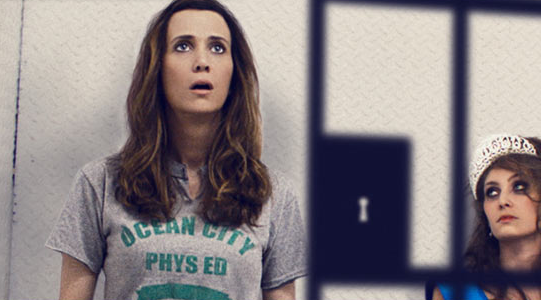 miserable events that happen to Imogene.  From bombshells like losing her job writing blurbs about upcoming Broadway plays or breaking up with her Danish boyfriend to smaller life occurrences such as her tendency to get caught in torrential downpours or her uncanny ability to always sit on faulty furniture, almost everything about the character’s life is sad.

Imogene’s internal struggles are equally as miserable. She is incredibly conceded, narcissistic, and uncaring. When forced to change, she turns to alcoholism instead. When that doesn’t work, she sleeps with younger men. After that doesn’t pan out, she cries all the way to her estranged father’s apartment.  Imogene sets the standards pretty low when she fakes her own suicide, yet somehow manages to make me care even less about her by the time the film ends. 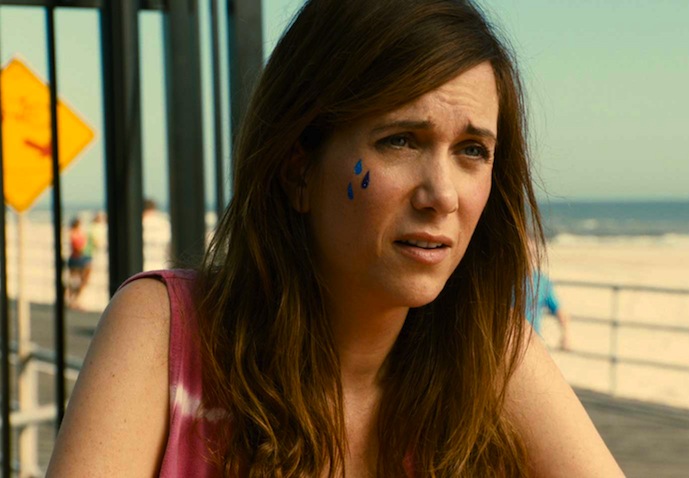 “Girl Most Likely” is saved, for a brief moment, by its incredibly rich supporting cast. In the same vain as “Arrested Development”, Michelle Morgan’s script is filled with zany characters that help to distract the audience from Imogene’s dismal life. All of “Girl Most Likely’s” secondary characters are genuinely funny. Imogene’s brother’s (Christopher Fitzgerald) crab suit, her mother’s boyfriend's (Matt Dillon) quasi-Samurai figures of speech, and even her young love interest’s (Darren Criss) carefree disposition provide a great comedic backdrop for all of Imogene’s sorrow.

All of these original, funny secondary characters still aren’t enough to save the film.

Despite the movie’s talented cast and spirited third act twist—which I won’t spoil for you here—Imogene’s hardships are simply way too melancholy to be considered entertainment. There’s nothing wrong with a comedy that offers a poignant message, but “Girl Most Likely” fails to produce the appropriate amount of emotional investment in its protagonist to make the audience care if she ever lives up to her potential.