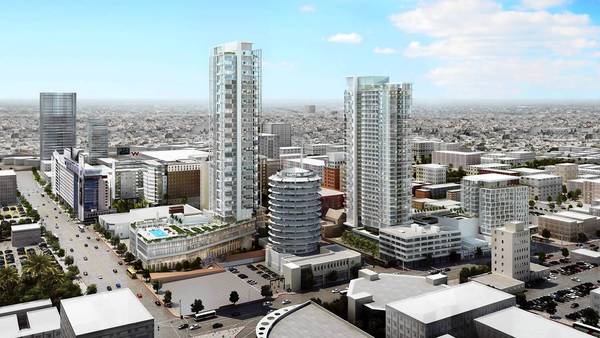 It's official - The Los Angeles City Council has approved a plan to build skycrapers in Hollywood. Despite the earthquake regulations, there was a 13-0 vote in favor of the Hollywood Millennium project. This will allow New York-based developer Millennium Partners to build two skyscrapers and more than 1 million square feet of office, hotel and retail space on several vacant parking lots surrounding the iconic Capitol Records building, LA Times reported. The towers would be 39 and 35 stories tall. How much will it cost? A whopping $664 million!