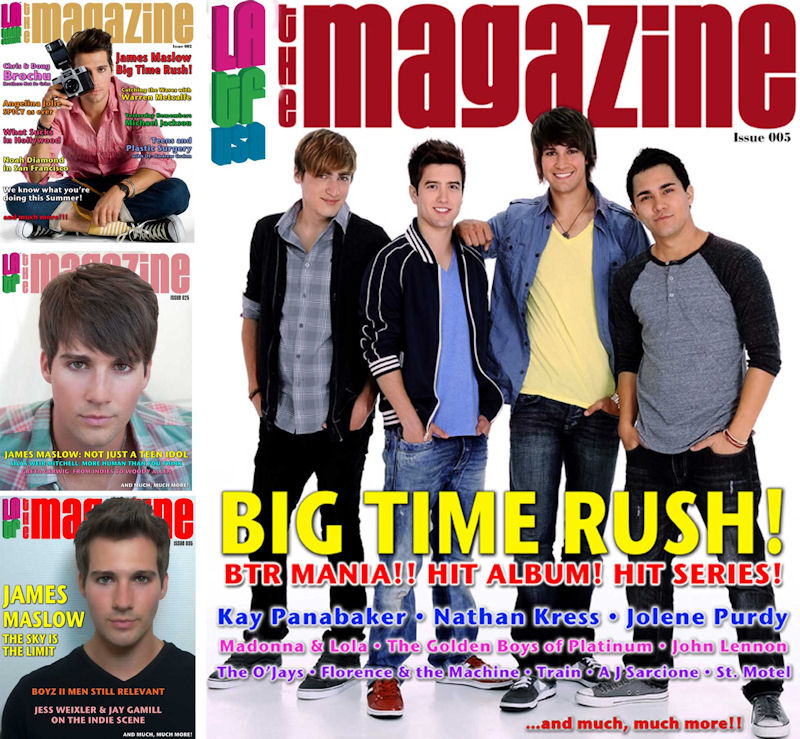 As all of the LATF readers know, we have followed the career of James Maslow throughout his time on Nickelodeon's "Big Time Rush." His June cover story hinted at it, but the members are slowly confirming that this is most likely the end. "Big Time Rush" will see its "final" episode tonight, Thursday July 25th, 2013. BTR is the third longest running show in the history of Nickelodeon. Carlos Pena posted a Vine video saying to "tune into the last episode tonight." James posted on his Facebook, "Thank you to all the fans who have supported me through BTR. It's truly been an amazing journey. And it's only the beginning. Love you guys."

Carlos, Kendall, James and Logan are off into adulthood. We wish them the best of luck in their future TV/Film/Music careers and LATF will always support!

Television
James Franco Is Headed To A TV New You