What A Difference A Game Makes! 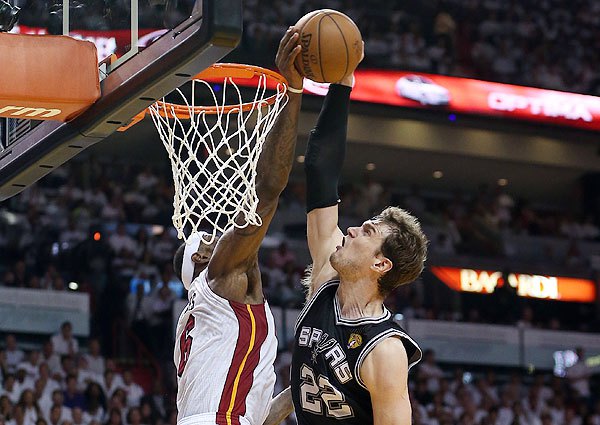 In what was a must-win game for the defending champion Miami Heat, they played like men-possessed finally triumphing in a blow-out win over the San Antonio Spurs tying the series at 1-1. LeBron James and company knew that a 0-2 deficit going to San Antonio for 3 games was a hole that would be too deep to climb out of, which accounted for their efficient and dominating play resulting in a 103 to 84 win. The Spurs made it a game for the better part of 3 quarters, but seemed to run out of gas near the end of the third when the Heat took a 10-point lead into the fourth. 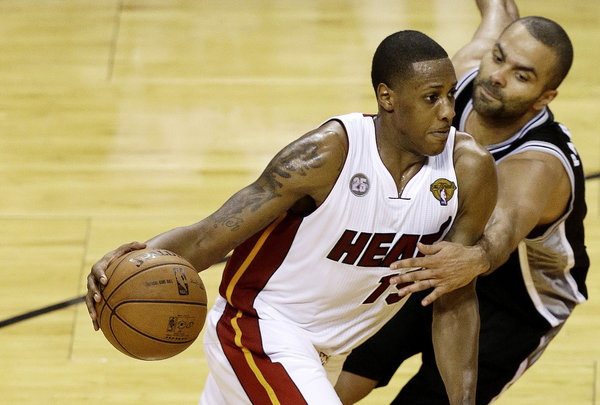 Tim Duncan couldn’t assert himself down low, couldn’t hit his shots from outside, and finished with a nine-point, 3-for-13 outing that simply was nothing short of forgettable. Tony Parker succumbed to a more aggressive Heat defense that denied him of his pick-and-roll prominence, hitting five of 14 shots (13 points) and having as many turnovers as he did assists (five). Manu Ginobili battled early foul trouble and was a non-factor throughout (five points and three turnovers in 18 minutes). In all, the heart and soul of the Spurs combined for a 10-for-33 night. “Defense has something to do with it,” Spurs coach Gregg Popovich said. “Just missing shots has something to do with it. No matter how you slice it, it’s 10-for-33. Missing shots and not shooting well and turning it over (17 in Game 2 compared to just four in Game 1) is a bad combination.” One of the defensive plays Popovich must have been referring to had to be the blocked dunk attempt by James on Tiago Splitter as he drove down the lane for a monster-dunk that ended up being a monster-block. The shell-shocked Spurs will have to respond when the series resumes at the AT&T Center in San Antonio on Tuesday night 9 PM ET on ABC.