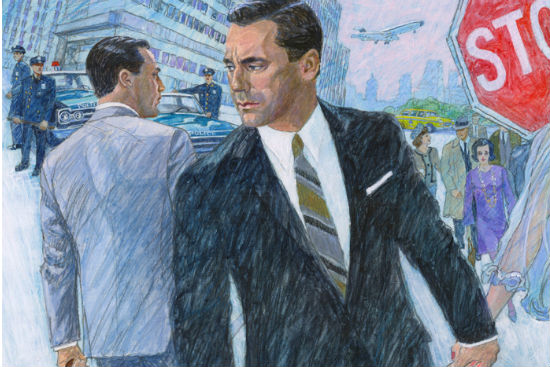 The finale of the sixth season of “Mad Men” last night on AMC was the highest-rated finale in series history. The critically-acclaimed episode delivered 2.7 million viewers (1.3 million adults 25-54).

In its sixth season, “Mad Men” continued to be cable’s most upscale drama. In addition to sizable live same day ratings it remains a show that adds a significant audience with an average of 2.1 million viewers within three days and an average of 2.4 million additional viewers within seven days of the live telecast through the first 10 episodes this season.

“There is nothing else on television like ‘Mad Men,’ and for the series in its sixth season to deliver the highest-rated finale ever – and an episode that critics and fans have already declared an instant classic – is a testament to everyone who brings this world to life,” said Charlie Collier, AMC’s president. “Matthew Weiner and his cast and crew have created something that continues to occupy a unique and very special place, on television and across the broader cultural landscape, and we are so proud to be a part of it.”