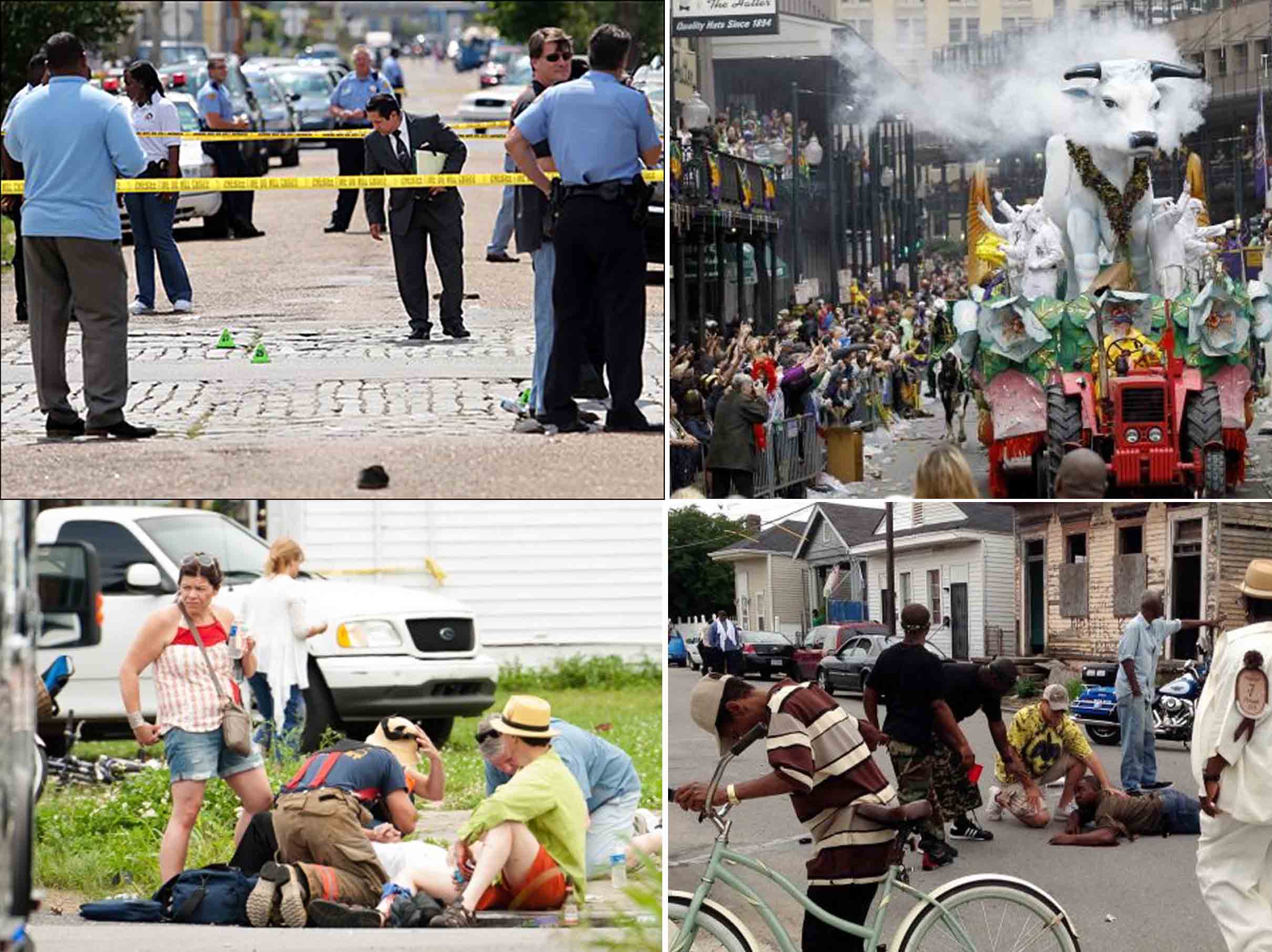 The happy scene of New Orleans' Mother's Day Parade turned into complete chaos on Sunday. Images and footage released by police Monday shows the panicked crowd running for cover when a man emerged and fired gun shots. the shooting has left 19 people injured and has caused the city's concerns about crime to resurface.

This is the third holiday this year that New Orleans has witnessed shootings at mass events: the January 21st shooting near a Martin Luther King Day parade left five wounded and four people were injured in a February Mardi Gras attack.