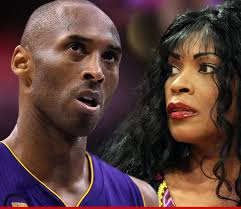 In a move that must qualify him for “Son of the Year,” Los Angeles Lakers’ superstar guard Kobe Bryant filed suit against his mother Pamela Bryant to prevent her from selling his basketball memorabilia. Just eight days before “Mother’s Day,” Bryant tweeted: “When u give Give GIVE and they take Take TAKE at wat point do u draw a line in the sand?” He also added the hashtags “hurt beyond measure,” “gave me no warning,” and finally, “love?” Pamela Bryant says her NBA star son told her she could auction off hundreds of items — which includes high school jerseys, trophies and championship rings. She has already accepted a $450,000 advance from New Jersey’s Goldin Auctions ahead of the planned June sale.

But Bryant’s lawyers last week sent a “cease-and-desist” letter to the auction house and demanded the items be returned to him. In response, Goldin is suing for its right to proceed. Attorney Mark Campbell said in a statement: “Mr. Bryant’s personal property has ended up in the possession of someone who does not lawfully own it. We look forward to resolving this legal matter through the legal system.” In a court filing made last Wednesday, Mr. Bryant claimed his mother recently admitted she did not have permission to sell the items. “I never told my mother that she could have my personal property, let alone consign it for public auction,” Bryant wrote in the filing. In court filings Goldin contends Mrs. Bryant said she asked her son in 2008 what he wanted to do with the items that were in her home. “Kobe Bryant indicated to Pamela Bryant that the items belonged to her and that he had no interest in them,” the auction house’s attorneys wrote in the filings. In what I call Pamela’s “Mommy Dearest” moment, she is trying to sale off her son’s historic mementos and keepsakes to buy a new house. Sentimental, she’s not! My question is: if mom needs money to buy a new house, why wouldn’t her $200 million dollar son just give it to her? And why is mom so desperate to buy a house that she is willing to alienate her superstar son? You talk about your dysfunctional families… this one tops the cake!