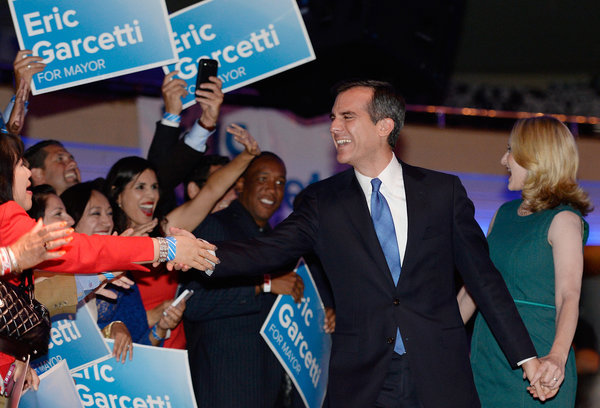 Eric Garcetti is Los Angeles' next Mayor, succeeding Antonio Villaraigosa. Both contenders, Garcetti and City Controller Wendy Greuel are Democrats. Garcetti, who won 54 percent of the vote said, "Thank you Los Angeles — the hard work begins but I am honored to lead this city for the next four years. Let's make this a great city again."

Garcetti has been on the city council since 2001. He is the son of former Los Angeles District Attorney Gil Garcetti, who rose to national fame during the 1995 criminal trial of O.J. Simpson.

Music
Imagine Dragons Are In Demand