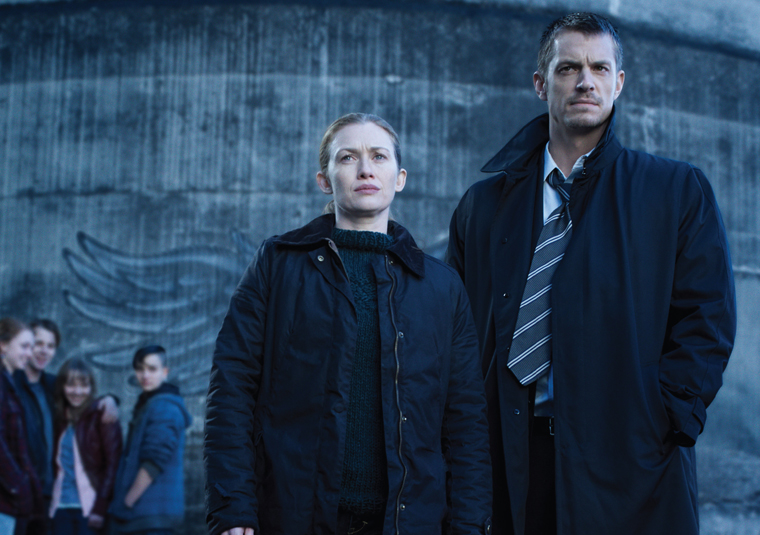 The critically acclaimed drama “The Killing” will return for its third season with a two-hour premiere on Sunday, June 2 at 8:00 p.m ET/PT. The new season, which stars Mireille Enos (Sarah Linden) and Joel Kinnaman (Stephen Holder) along with new cast members Peter Sarsgaard, Elias Koteas and Amy Seimetz, is executive produced by series creator Veena Sud, and will focus on a new case, which will be resolved over the course of ten episodes, ending with a gripping two hour finale.

Season three begins one year after the close of the “Rosie Larsen” case (the focus of the series’ first two seasons) with Sarah Linden (Enos) no longer working as a detective. But when her ex-partner Stephen Holder's (Kinnaman) search for a runaway girl leads him to discover a gruesome string of murders that connects to a previous murder investigation by Linden, she is drawn back into the life she thought she'd left behind.

For more information on 'The Killing', head to: http://www.amctv.com/shows/the-killing.