Who Is The World's Best Female Chef According To Veuve Clicquot? 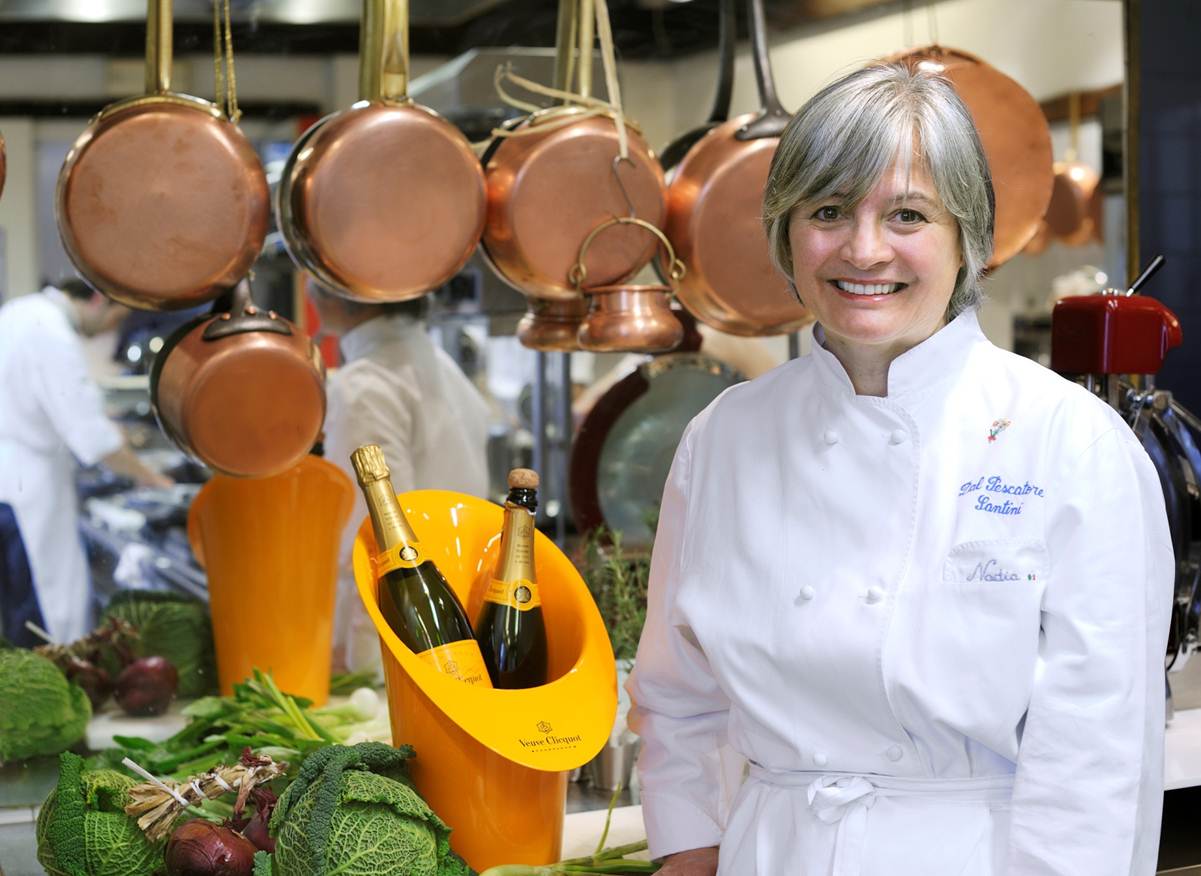 Nadia Santini, who is the matriarch and head chef at Dal Pescatore in Mantova, Italy, has been named the 2013 Veuve Clicquot World's Best Female Chef, part of the prestigious World’s 50 Best Restaurants Awards, sponsored by S.Pellegrino and Acqua Panna.

Nadia had never cooked professionally prior to walking into Dal Pescatore’s kitchen in 1974 when she began her training with her new husband’s grandmother Teresa. 22 years later, she was the first Italian woman to be awarded three Michelin stars. Today she works at the restaurant with her husband Antonio, who manages the restaurant’s front of house team, as well as their sons Alberto and Giovanni.

Nadia met Antonio whilst studying at university in Milan. After a honeymoon spent researching renowned culinary establishments in France, Nadia and Antonio returned to Dal Pescatore to implement their learnings at the restaurant, which would celebrate its 50th anniversary the following year (1975). Nadia and Antonio proposed changes to the kitchen layout and the re-organisation of the family team, which not only included Antonio’s grandmother but also his father, Giovanni and his mother, Bruna who were running the restaurant at the time.

The Veuve Clicquot World's Best Female Chef award celebrates the work of an exceptional female chef whose cooking excites the toughest of critics of the world, 936 of whom voted in this category. The award is inspired by the life and achievements of Madame Clicquot, who nearly 200 years ago, set the standard for women in business. Congrats Nadia!