VEEP Is Back In Office This Sunday 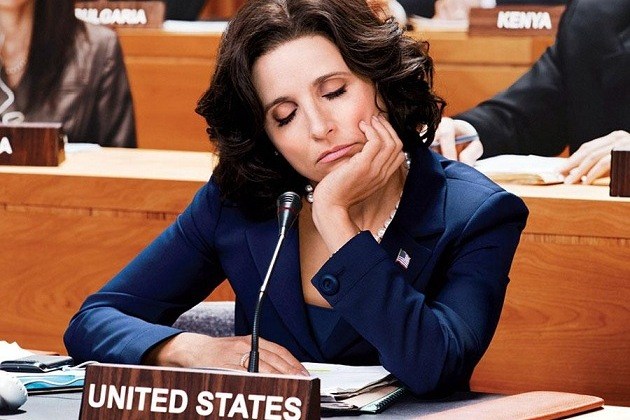 The laughs are back. The Emmy®-nominated comedy series VEEP kicks off its ten-episode second season SUNDAY, APRIL 14 (10:00-10:30 p.m. ET/PT) on HBO. Created by Armando Iannucci (Oscar® nominee for co-writing “In the Loop”), the show stars Emmy®-winner Julia Louis-Dreyfus as Selina Meyer, who becomes vice president, only to discover the job is nothing like she expected, but everything she was warned about.