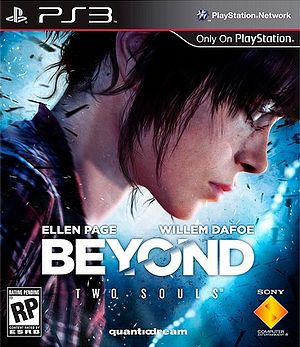 Tribeca Film Festival ® played host to the official screening of Sony Computer Entertainment America's LLC (SCEA) BEYOND: Two Souls™gameplay which included a panel discussion with Game Director David Cage and the Hollywood cast on Saturday.  Developed exclusively for the PlayStation®3 (PS3™) system by award-winning studio Quantic Dream, creators of PS3™'s critically-acclaimed Heavy Rain, BEYOND: Two Souls has been recognized as an Official Selection by the Tribeca Film Festival for its impact on the Future of Film.  BEYOND: Two Souls delivers a gripping, non-chronological narrative that features performances by acclaimed actors Ellen Page (Juno, X-Men), Willem Dafoe (Platoon, Spider-Man), Kadeem Hardison (A Different World, The Dark Party) and Eric Winter (The Ugly Truth, The Mentalist).

Releasing in North America on October 8, 2013, BEYOND: Two Souls takes players across the globe on a journey that explores 15 years of Jodie Holmes' (Page) life. The original story seems to have jumped right from the silver screen, as main character Jodie, aided by scientist Nathan Dawkins (Dafoe) discovers a connection to a mysterious entity, setting off a thrilling journey to discover the truth about life, death and who she is – a central theme that provides a rich and evocative narrative.