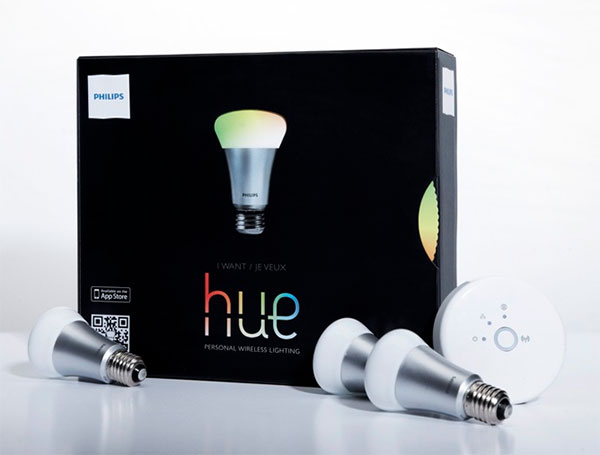 There are some impressive apps out there. You can control most everything from outside your home these days. Shut your garage door in LA, even if you're in Paris or pre-heat your oven while shopping at the mall.

Philips just launched a software developer program for Hue that allows consumers to create and control their light bulbs using a smartphone or tablet. In publishing Hue's open application programming interfaces (APIs), as well as releasing guides and libraries in an iOS software developers' kit, Philips reinforces its commitment to helping the developer community start programming with Hue. This move opens the playing field for third party developers to create new, exciting applications using light, enabling Hue to communicate with a variety of devices and applications (apps). Philips Hue's developer platform is available at developers.meetHue.com.

Using the ZigBee LightLink standard, Hue bulbs can not only communicate with each other, they have the potential for communicating with other ZigBee-based devices such as motion sensors and home thermostats, while offering a broad signal range and using significantly less stand-by power than traditional Wi-Fi systems.