Who's The Best Bartender In The World? 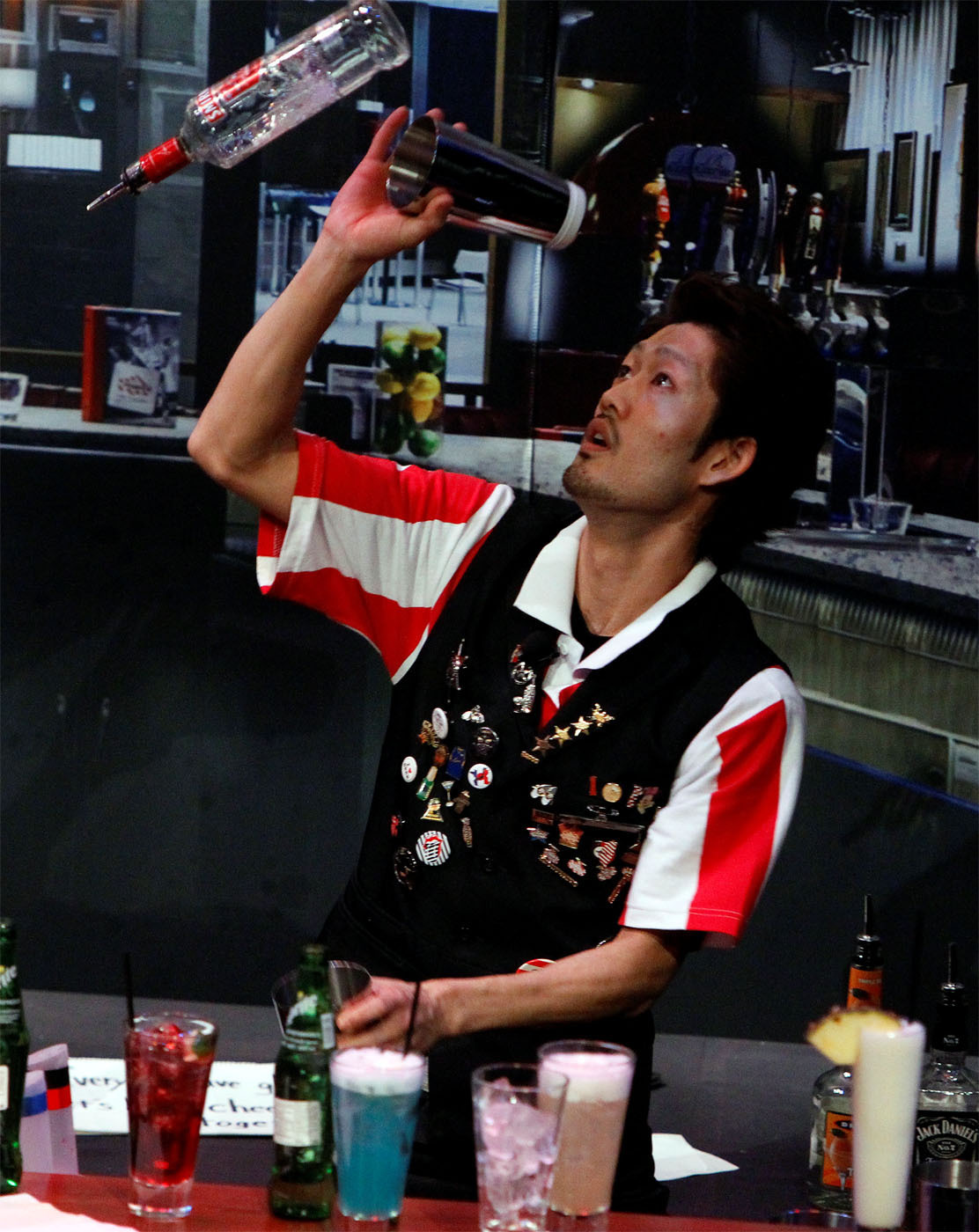 We didn't even know this competition existed... but it's awesome! TGI Fridays has crowned Hiroyuki "Mark" Yamada of Tokyo the World's Greatest Bartender at the 22nd annual World Bartender Championship (WBC) in Dallas. Yamada's flawless mixology, precision and speed, coupled with his winning personality behind the bar, wowed a panel of industry expert judges and helped him secure the title.

More than 10,000 bartenders from the almost one thousand TGI Fridays around the world competed in a series of local and regional events leading up to the final showdown, which pitted ten finalists against one another competing for the "coveted" crown. Each bartender first exhibited product, ingredient and recipe expertise through a variety of mixology knowledge tests.  The competition culminated in a freestyle bartending showcase, where a panel of judges assessed each finalist's ability to make innovative drinks while displaying incredible speed and exciting flair. (Yes that's a nod to the OFFICE SPACE fans).

"This entire competition has been an exciting challenge and a crazy ride," said Yamada. "Every minute of practice and training was worth it to make it to this moment. I'm so proud to be the best bartender in the world and I can't wait to take this win home to Japan!"

Yamada wasn't the only one to take home honors. Russell Ward of Sheffield, UK was named the TGI Fridays Fan Favorite Bartender. More than 40,000Fridays fans cast their vote through the World Bartender Championship website. Ward's energetic personality and master cocktail crafting skills won new fans over and kept his dedicated fan base cheering for him throughout the competition.