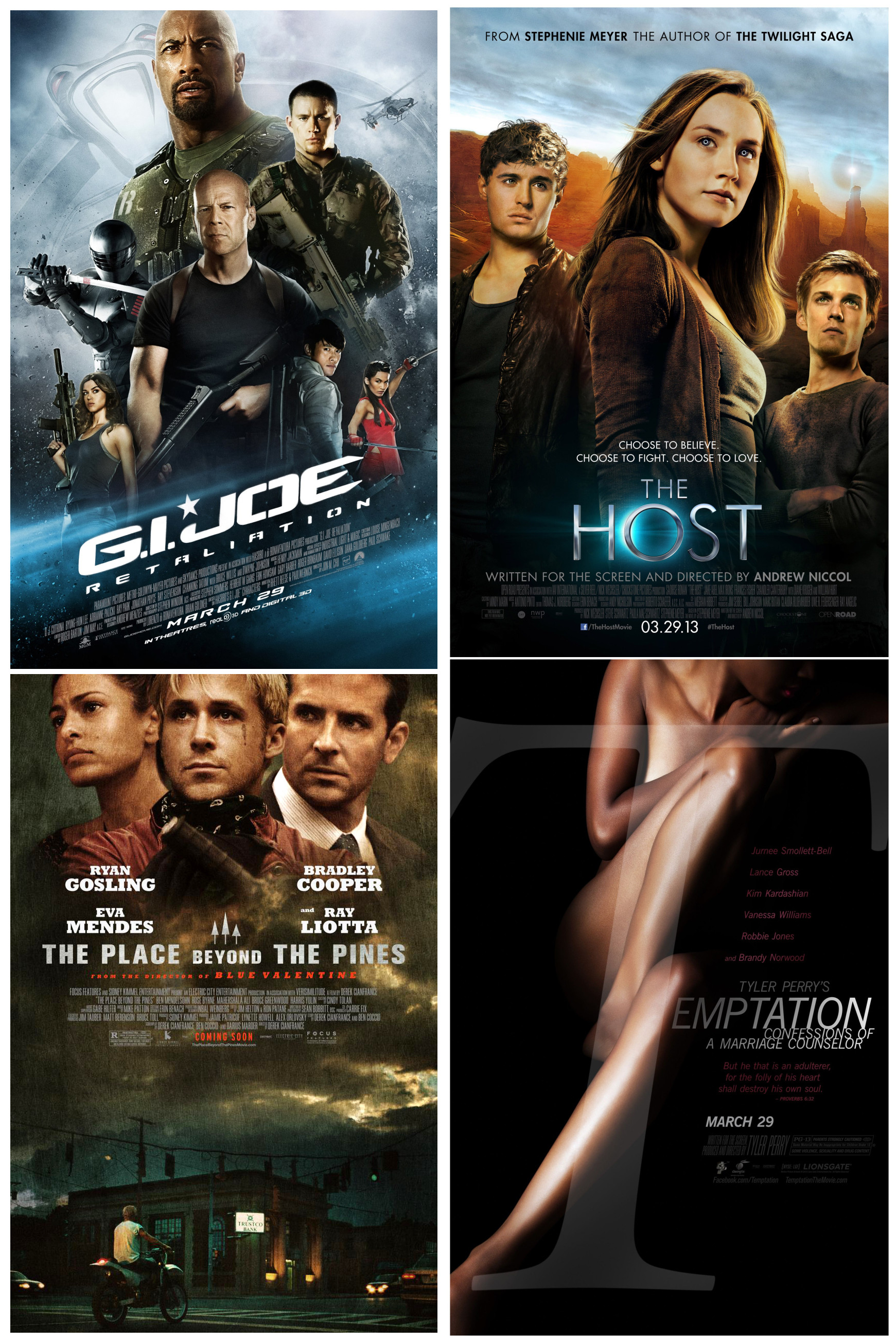 In the self proclaimed first blockbuster of the year, the Hasbro toys from yester-year reprise their live-action silver screen roles in G.I. Joe: Retaliation. Dwayne Johnson (Snitch) and Channing Tatum (Side Effects) star as two members of the G.I. Joe force as they take on their mortal enemy, the Cobras. Special effects, explosions, and martial arts driven combat are sure to fill the screen for the majority of this PG-13 rated action flick. http://www.gijoemovie.com

The Host(Don't miss LATF The Magazine's April Cover Story with the film's star, MAX IRONS on 4/1/13)

Fans of Stephenie Meyer’s “Twilight” series are sure to love the screen adaptation of her latest young adult novel “The Host”.  In the same vein as such classic sci-fi tales as “Invasion of the Body Snatchers”, “The Host” tells the story of an unseen force that takes over human bodies and erases their memories. For Melanie (Saoirse Ronan), however, the teenage girl decides to risk everything in order to protect the people she cares about most from this horrible plague. http://thehostthefilm.com/mobile/

For anyone that read last summer’s most scandalous novel “50 Shades of Grey” – I sure did - Tyler Perry’s (Madea’s Family Reunion) newest directorial outing will sound very familiar. “Tyler Perry’s Temptation” tells the story of a recently married woman who finds herself sexually driven to a handsome, older billionaire. It doesn’t take a genius to realize that this is a set up for disaster, and based on Perry’s previous work, the wreckage will be catastrophic. http://www.temptationthemovie.com

The Place Beyond the Pines

Derek Cianfrance’s (Blue Valentine) latest film is not merely one movie, but more like three separate stories rolled into one. The movie takes place in a small town in Upstate New York and follows the lives of a desperate stunt man turned bank robber (Ryan Gosling), a police officer struggling to remain out of the line of corruption (Bradley Cooper), and eventually their two children (Emory Cohen and Dane DeHaan). This triple story may shift protagonists and time frames, but always maintains a singular, driving theme: family. http://focusfeatures.com/the_place_beyond_the_pines