The Senate Has Decided: A $3.7 Trillion Budget 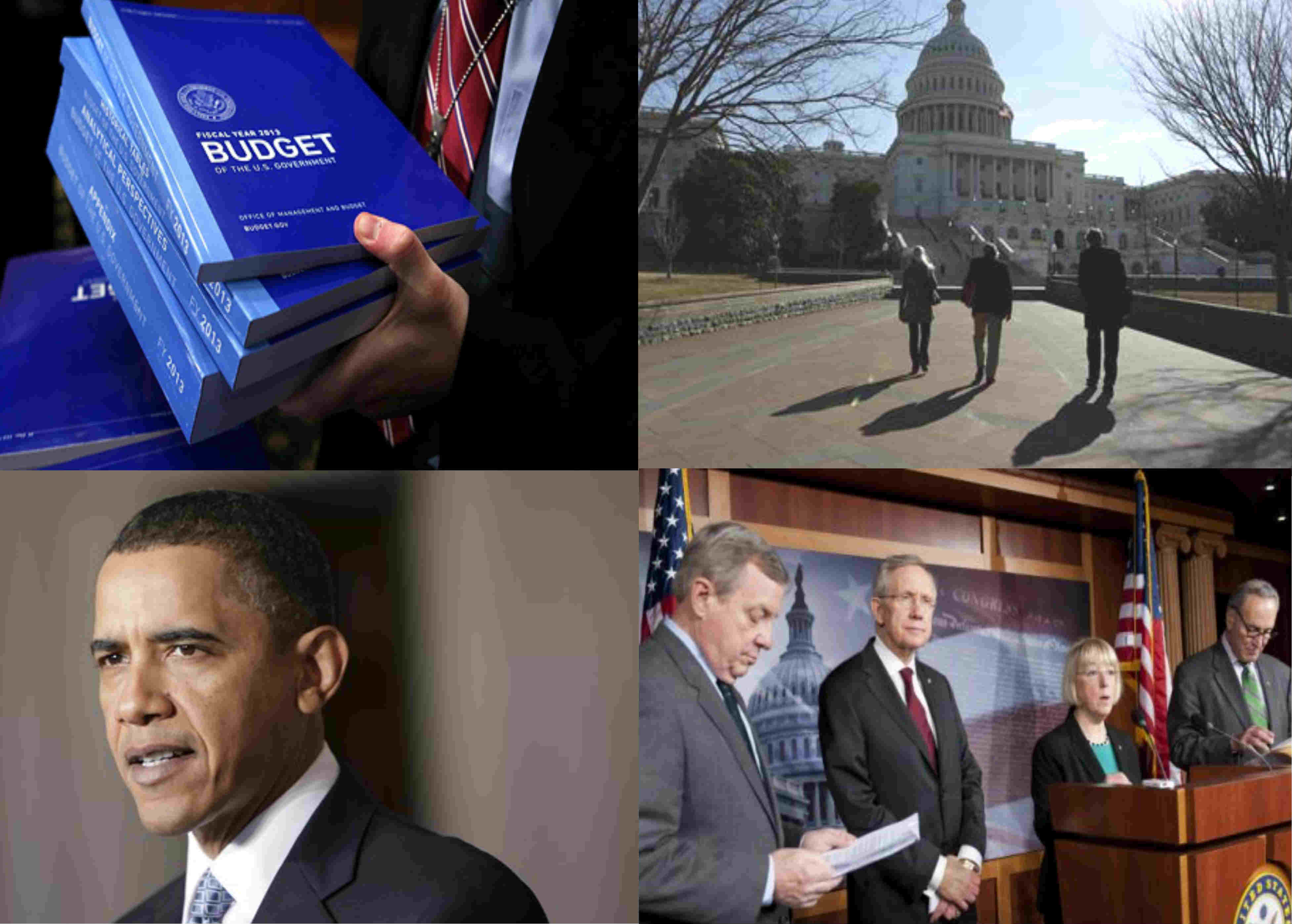 Today, the Senate finally passed a budget plan for $3.7-trillion for next year that embraces nearly $1 trillion in tax increases over the next ten years. The vote was 50-49. According to the Senate the plan will create jobs and cut the deficit in a balanced way.  Like the President's plan, the Senate budget cuts 'wasteful' spending, makes tough choices to strengthen entitlements, and eliminates special tax breaks and loopholes for the wealthiest Americans to reduce the deficit.

The Associated Press reports that the Senate's budget would shrink annual federal shortfalls over the next decade to nearly $400 billion, raise unspecified taxes by $975 billion and cull modest savings from domestic programs. In contrast, a rival budget approved by the GOP-run House balances the budget within 10 years without boosting taxes.

That blueprint— by House Budget Committee Chairman Paul Ryan, R-Wis., his party's vice presidential candidate last year — claims $4 trillion more in savings over the period than Senate Democrats by digging deeply into Medicaid, food stamps and other safety net programs for the needy. It would also transform the Medicare health care program for seniors into a voucher-like system for future recipients.

"We have presented very different visions for how our country should work and who it should work for," said Sen. Patty Murray, D-Wash., who chairs the Senate Budget Committee. "But I am hopeful that we can bridge this divide."

Obama plans to release his own 2014 budget next month, an unveiling that will be studied for whether it signals a willingness to engage Republicans in negotiations or play political hardball.

The amendments senators considered during their long day of debate were all nonbinding, but some delivered potent political messages.

They voted in favor of giving states more powers to collect sales taxes on online purchases their citizens make from out-of-state Internet companies, and to endorse the proposed Keystone XL pipeline that is to pump oil from Canada to Texas refineries.

They also voiced support for eliminating the $2,500 annual cap on flexible spending account contributions imposed by Obama's health care overhaul and for charging regular postal rates for mailings by political parties, which currently qualify for the lower prices paid by nonprofits.

In a rebuke to one of the Senate's most conservative members, they overwhelmingly rejected a proposal by Sen. Rand Paul, R-Ky., to cut even deeper than the House GOP budget and eliminate deficits in just five years.

The Democratic budget's $975 billion in new taxes would be matched by an equal amount of spending reductions coming chiefly from health programs, defense and reduced interest payments as deficits get smaller than previously anticipated.

This year's projected deficit of nearly $900 billion would fall to around $700 billion next year and bottom out near $400 billion in 2016 before trending upward again.

Shoehorned into the package is $100 billion for public works projects and other programs aimed at creating jobs.

Sports
NY Judge Has A No Prescription Plan For Plan B

Music
Kansas Reunites And Carries On