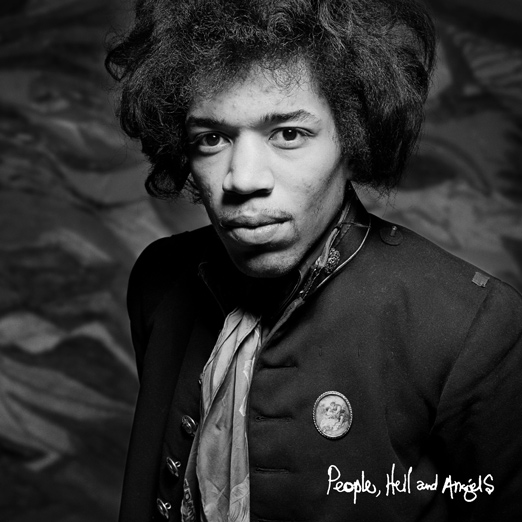 As possibly the most iconic and revered guitarist of all time, fans of Jimi Hendrix are in for a great surprise. Janie Hendrix, stepsister to the deceased legend and head of the Hendrix estate, is releasing “People, Hell and Angels,” an all-new album of studio recordings from guitar master.

Available tomorrow, the record features 12 tracks, like “Hear My Train A Comin’,” which Janie calls “almost ghostlike.” She said of the song, “It’s so deep south of the universe and filled with the blues. When we transferred the tapes, my heart got so full I started to cry.”

This is just one of many albums posthumously released on Jimi’s behalf by his 51 year old sister. In fact, the music made available (through Legacy Recordings) after his passing has now surpassed the amount of music he himself put out 12 to 3.

Aside from record stores and online venues, “People Hell and Angels,” will be surfacing in malls as well as the Gap clothing store launching two limited edition t-shirts featuring the album’s logo beginning March 5th. Though some might feel a bit uneasy about this pairing, Gap is proud of the union.

“From the moment we opened our first store in 1969 selling jeans and records, Gap has always connected with people through music,” said Seth Farbman, Gap's Global Chief Marketing Officer. “This partnership is an opportunity to celebrate an influential, American artist whose music still inspires people today.”

As for the artist, Jamie stated, “He's a kid who watched cartoons, listened to pop-music 45s, then picked up a guitar and, hearing it all, implemented his own sound. He's not here, but his music continues on.”