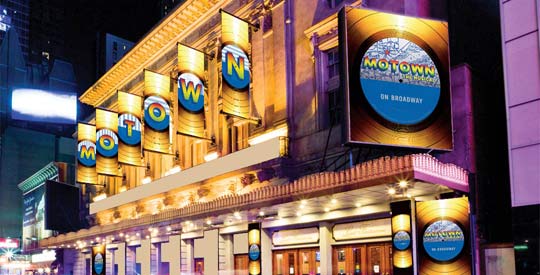 Just as LATF predicted, “Motown: The Musical” is already being heralded as a smash hit, raking in over a million dollars in its first week. The Broadway show, inspired by the life of Motown founder Berry Gordy, began its previews last week and has since been gaining a steady stream of accolades and cash. The play is set to officially open on April 14th at New York’s Lunt-Fontanne Theatre.

“Motown” was able to gross $1.03 million after only seven performances. It will begin its proper eight performances schedule this week. The amount the show has been able to make isn’t necessarily surprising considering its subject, cast and of course musical catalogue. Featuring a lengthy list of hit songs from icons such as Smokey Robinson, Diana Ross, The Temptations and Stevie Wonder, “Motown” is sure to have a long residency on Broadway.